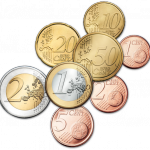 The Financial Times has an item up about the weight of investor pressure to sell the euro, taking the view, no doubt, that the financial crisis affecting debt-laden Greece could raise the chances of a breakdown in the single currency bloc:

Traders and hedge funds have bet nearly $8bn (€5.9bn) against the euro, amassing the biggest ever short position in the single currency on fears of a eurozone debt crisis.

What interests me about this saga are not the specifics of the Greek financial debacle – which is, in my view, a particularly egregious example of fiscal incontinence by that country’s government – but rather what the FT story tells us about the benefits of short-selling.

The practice of shorting, which describes the process of temporarily borrowing a financial instrument such as a currency, selling it and repurchasing it at a cheaper price to pocket a profit, has sometimes been politically attacked. About two years ago, the UK government decided that those wicked investors who had been shorting the securities of banks such as HBOS needed to be warned off. It was if the very idea of seeking to profit by taking a negative view of a stock or bond was “unpatriotic”. In their defence, policymakers might argue that they were trying to prevent frenzied attacks on a company or country, but all too often, attacks on shorting turn out to be a classic case of “kill the messenger”. I hold no great admiration for George Soros, given his political views, but he certainly did the UK a favour, in my view, in shorting the pound in 1992, a process that eventually helped drive the UK out of the European fixed exchange rate system at the time.

Likewise, in the latest example of foreign exchange drama, traders who are shorting the euro are sending out a powerful message: this currency has a great big flaw in it. Can, for example, the relatively big economies of Germany and France be expected to bail out Greece in the way that say, the Federal US government might have to bail out California, a state that has been teetering on the brink of collapse for months? Such a bailout would only raise the question of whether countries doing the bailing out were entitled to have a more direct say about the fiscal policies of a member state.

Healthy Shorting, in any event, is part of a healthy, liquid financial market. Without those who are willing to sell, buyers cannot operate (a point so obvious that I feel a bit embarrassed to have to even mention this on this site). If we want efficient price discovery to work in markets, then it should be possible for operators to profit not just from when a price rises, but when it falls. Shorting can enable financial players to hedge risks.

Of course, part of the issue for those monitoring the markets is that the routes by which an investor can short a stock have multiplied. You don’t have to be a big hedge fund with access to a powerful prime broker such as Morgan Stanley or Deutsche Bank. You can, for example, short a security through derivative-type products such as contracts for difference (CFDs) and spread-betting, both of which are instruments open to the retail investor, given certain constraints. These processes can be accessed online via firms such as IG Index, for example.

So armed with such instruments, traders can express a bearish, as well as bullish, opinion. And the FT story is striking about what the euro bears think. For example, the report says that traders and hedge funds have bet nearly $8bn (€5.9bn) against the euro, “amassing the biggest ever short position in the single currency on fears of a eurozone debt crisis”.

Figures from the Chicago Mercantile Exchange, which are often used as a proxy of hedge fund activity, showed investors had increased their positions against the euro to record levels in the week to February 2.

It has been one of the ironies of the financial turmoil that when problems first arose, it was easy for the European nations such as Germany and France to hint that their systems were so much more robust than the approach taken by those cowboy Anglo Saxons. But in truth, EU countries, many of which now have levels of debt that are alarming investors, have big problems. Short-sellers are simply expressing the wider worries that investors have about the viability of the euro and the willingness of euro zone states to operate a sound currency.

Tom Burroughes is Group Editor of ClearView Financial Media, publisher of websites including WealthBriefing, a web-based news service and information resource for the world’s wealth management industry. As well as writing for the publication, he has also appeared on BBC Television as a commenter on wealth management, tax and economic affairs.

“There’s always something to do.” The late Peter Cundill, philanthropist and value investor.   A happy new year to all readers !   Having…