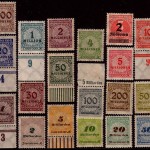 Even gold is no guarantee to hold value when bloated government currencies compete as to which one can inflate the most. The current problems facing some of the eurozone’s member states means that, paradoxically, the price of gold may fall as people cash in their assets. Elsewhere, one notes the performance of the US government in announcing a “spending freeze” which does not include 87% of federal government outgoings or the unspent hundreds of billions from last year’s stimulus bill. A good account of the problems in Europe can be found here and the Cato Institute has a report on the US “spending freeze” here.

However, it seems all too likely that at some point the futility of swapping euros for dollars and back will become clear as the demented game of paying one credit card bill with another credit card. At that point, tangible assets will become the targets of panic-stricken investors, destabilizing such stores of value as gold or land.

To an individual or small business caught in this disaster, it will be like watching giants fighting in a sandbox, not caring who they tread on. It may seem odd for some to hear a humanitarian plea for sound money, but anyone who has ever seen a 1923 “5 tausend Mark” postage stamp overprinted to make it a “2 millionen Mark” stamp will have some idea of the nightmare that inflation threatens, especially to anyone on a fixed income. A few weeks after the stamp you see was issued, 50 billion Mark stamps were being issued and a loaf of bread cost over 300 billion Marks.

Ben Davies, of Hinde Capital, discusses his latest 22-page report with Eric King, in the cogent and persuasive 18-minute interview below. Davies discusses how…