The Home of the Free and the Land of the Brave? Wrong on both counts, if we listen to the testimony of no less than Bill Gross, a man who seems to think that a nation founded on commercial liberty and rugged individualism should admit the last two-and-a-half centuries have been a bit of a joke and should promptly nationalize the mortgage market. Yes, why not — and let’s clear out those reactionary Kulaks while we’re at it, shall we, Mr. G? 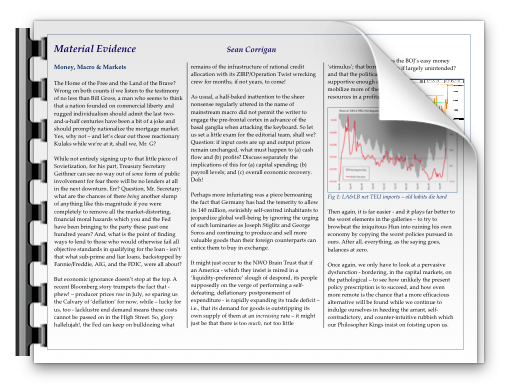 The following questions have been answered by Dr Emma Dawnay, on behalf of Monetäre Modernisierung, the organisation bringing the Swiss Sovereign Money Initiative (or…