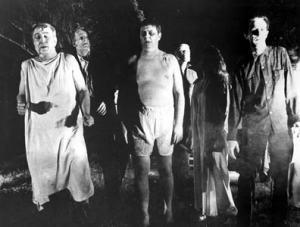 Here is an excerpt from Liam Halligan’s splendid piece in today’s Telegraph:

There is now, according to S&P, “at least a one in three chance” that American debt will be downgraded from its top-notch status over the next two years – which would be a first in modern times.

Yet despite all this bad news, this veritable litany of woe, the Dow Jones Industrial Average ended last week at a three-year high. US equities are now at levels not seen since mid-2008 – before the credit crunch really took hold. On top of that, despite S&P’s announcement, the price of Treasuries kept rising, as their yield – the cost the US government must pay to borrow – fell to its lowest level in a month. Has the world gone mad?

Read more at the Telegraph.

Written By
Andy Duncan
More from Andy Duncan
The remarkable thing about being an aspiring Rothbardian, is that no matter...
Read More

7 replies on “Liam Halligan: America appears to be sleepwalking towards disaster – does no one care?”