The following piece by Detlev Schlichter is reproduced with permission from his blog site, Paper Money Collapse, as first published on Thursday of last week:

No, dear reader, I am not developing an obsession with Bill Gross, America’s most prominent bond manager. I know I wrote about him just recently but this morning I already received a number of messages from friends in the bond business alerting me to another missive from the famed ‘bond-king’. Here it is. So this Schlichter File deals again with the views of Mr. Gross but I hope to put a different spin on things. 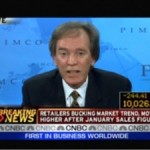 The Bond King: What does he really think?

In his latest investment outlook Mr. Gross tells us that the U.S government is bankrupt and will most likely default on its debt.

Others have told us this for a long time and in much more descriptive language. There are the likes of Doug Casey, Addison Wiggins, Bill Bonner and, last but not least, The Mogambo Guru. And those have thought this through to the necessary logical conclusion: complete dollar meltdown. Mr. Gross, instead, still seems to believe that the default can be ‘managed’ in what appears to be an orderly way. As he puts it so unthreateningly:

“Unless entitlements are substantially reformed, I am confident that this country will default on its debt; not in conventional ways, but by picking the pocket of savers via a combination of less observable, yet historically verifiable policies – inflation, currency devaluation and low to negative real interest rates.”

It all sounds a bit unpleasant but not catastrophic. Bond investors will look back on this period of ‘negative real interest rates’ as one of negative real return. Losses in real wealth, that is. That is why Mr. Gross has sold all his Treasury bonds in his portfolio, the largest bond fund in the world. Credit to him. That is quite a statement.

But it is only half the story.

Does he really use the words ‘less observable’?

Well, maybe initially, but when more people begin to think and act like Mr. Gross and sell Treasuries out of concern over inflation and sovereign default, things will be very observable.

Inflation is not some quiet, elegant method of defrauding the bond investor and inflating the debt away without anybody noticing. At the end of this you won’t need an abacus to work out if real returns on bonds have been positive or negative. –“What was that inflation rate again?”–

When people start selling bonds in earnest, real interest rates shoot up. This hits the economy and makes fiscal deficits grow even more rapidly. The state has to spend more, it takes in less and has to pay higher – much higher – rates on its debt.

The Federal Reserve is already on board to keep yields in check. This is now official central bank policy, as elaborated in detail by Mr. Bernanke. When yields rise meaningfully, the Fed will have to do more of the same: use the printing press to keep rates down and the state (and the financial sector that depends on the state) in business. What happens then? Yields rise even more.

Mr. Bernanke has famously stated that, when inflation rises, he can hike rates in 15 minutes. Ha. When investors lose faith in U.S. government bonds – as the country’s most famous bond investor already has – and yields shoot up, it will take more than 15 minutes of Mr. Bernanke’s time to get things under control again.

Remember this: No government has ever inflated itself out of such a pile of debt in an orderly fashion, that is, without causing a complete meltdown of its monetary system.

Many have tried. France in 1790, Germany in 1923, Argentina in 2001 – to name just a few. Once the market smells the coffee it won’t sit still and accept ‘negative real returns’ for a decade. Bonds and paper money get trashed.

It strikes me that Mr. Gross is not thinking this through. Or maybe, he doesn’t want to think this through. After all, the likes of Doug Casey, Addison Wiggins, et al., can speak their mind, they do not belong to the ‘establishment’. Mr. Gross does. How outspoken does he dare to be? He must already be ruffling a lot of feathers. In selling all his Treasuries he is already making quite a statement, as I said.

That, for me, is the real news. PIMCO has always been a pro-government firm. Most of their ideas on the economy were Keynesian, in principle. Mr. Gross himself suggested a massive government bailout of the housing market in 2008. There appeared to be no problem that couldn’t be fixed with a bit of government deficit spending.

Well, Bill, be careful what you wish for!

But now Mr. Gross is concerned about the inevitable: inflation and default. I think he doesn’t even tell us what he is really thinking.

The news is this: the U.S. finance establishment is afraid. Very afraid.

With the beginning of 2015, what might be a “New Year’s resolution” for a friend of freedom? I would suggest that one answer is…