A street in Vienna is called a gasse, strasse or platz. There are a few of them named after people who aren’t so popular on this site: 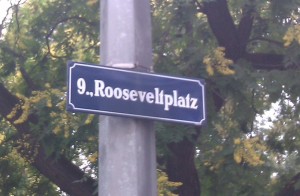 There’s also a Frederich-Engels-Platz and Marxergasse, though I’m not sure if the latter is named after Karl Marx.

Mises held his private seminar in his offices, afterwards the Mises circle would go to the Grüner Anker restaurant in Grünangergasse. When Ben Powell visited Vienna that restaurant had become the Ma Creperie. It’s now Tifli’s restaurant. A playwright, famous in German speaking countries, Franz Grillparzer lived on that street and there is a sign commemorating him there. Mises mentions him in “Human Action” and “Nation, State and Economy“.

To get to Grünangergasse I had to check a map, which gave me a surprise. About four hundred yards away there is this street: 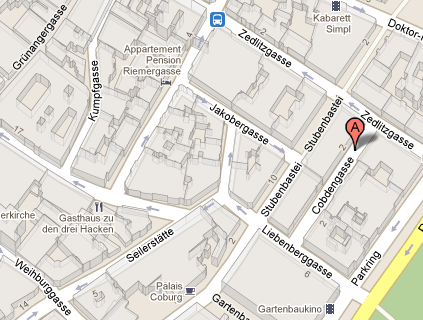 I’d love an explanation for this. Preferably one that doesn’t require time-travel or Dan Brown style conspiracies involving the Cobden centre. The more I walk around Vienna the stranger it gets. 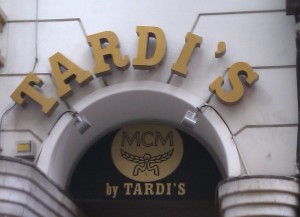 Last Monday night, before the US markets opened after President’s Day, bailout terms for Greece were announced. The detail is secondary to assessing whether…