In light of recent events, we’re bringing forward this proposal from June 2010.

There’s two ways to view the financial meltdown that occurred in 2008. The first is that it was a rare and unfortunate blip that can be remedied with calm and enlightened improvements in the regulatory framework. The second is that it exposed a serious flaw in the entire monetary system, and is likely to be repeated unless a radical transition takes place.

It’s no surprise that politicians, bankers and regulators – the architects of the banking industry – favour the first idea. This is why their response has skirted around the edges instead of dealing with the core. Even supposedly extreme measures such as nationalising banks are in fact attempts to preserve the status quo. 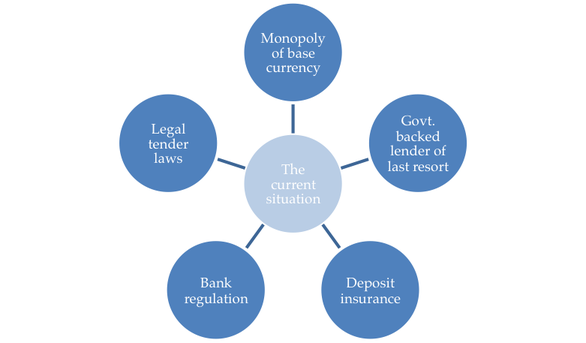 For those of us who favour the second idea, 2008 provided a golden opportunity to join the public debate and present a credible alternative. Perhaps we missed it. But if indeed another crisis is coming, this article attempts to outline a 14-point plan that could be implemented quickly and genuinely reform the institutions that create financial instability.

The key aspects of this proposal have been made previously, notably by economists Kevin Dowd and Richard Salsman. It could be implemented in three phases:

Over 2 months the aim is the end of central banking

You can download a copy of the plan in pamphlet form here.

Eric Cantona, the former professional football player, recently called for a “bloodless revolution” against the banks. The idea, according to Cantona, is that people…