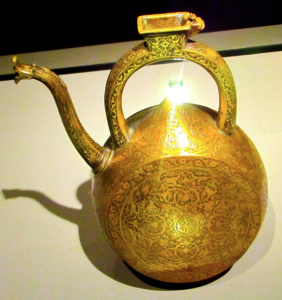 Stop all the Bloomberg feeds, cut off all the cell phones, prevent the press from thinking with a juicy story about the failed politician’s marriage. Because the new governor of the Bank of England, the extremely well-compensated Mark Carney, has just discovered how to fix Great Britain’s economic woes. Can you guess what it is yet? Yes, you might be ahead of me on this one, but he’s going to ‘rescue’ Britain’s economy by printing more money. Who would have thunk it?

(If you can get through the Financial Times paywall, you can read about this here.)

It seems Mr Carney is going to be granted a Federal-Reserve-style mandate of ‘targeting’ both unemployment and price inflation, as opposed to just price inflation. However, since the Bank of England has failed to hit their price inflation target for quite a number of years now, who was counting anyway? This Keynesian dual-targeting of both unemployment and inflation is hilariously based on the 1958 Phillips Curve, which never really worked as a model even back in 1958 and which was repeatedly smashed on the Procrustean rocks of stagflation in the 1970s, to the point where teenage boys would laugh at economics professors who tried to teach it in the ivy league halls of the United States.

And so, after five years of quibbling with a mere half a trillion dollars of quantitative easing, the Bank of England has finally decided to really ‘rescue’ Great Britain, just as Mr Ben Bernanke has ‘rescued‘ the United States, Mr Shinzo Abe has decided to ‘rescue‘ Japan, and Mr Mario Draghi has decided to ‘rescue‘ Euroland. It seems remarkable that they’ve all hit upon the same solution, which is to print more money. Who knew it was that easy?

So why has the Bank of England waited so long outside the western central banking party before deciding to ‘rescue’ Great Britain by flooding it with quadrillions of paper currency units? Before they drown us in yet more digital scrip, however, perhaps they ought to speak first to Mr Gideon Gono, the governor of the Reserve Bank of Zimbabwe. I’m confident he has an opinion on this crucial central banking tool.

Maybe they decided against this because money printing is the only central banking tool, and if they’re to be denied this wonder drug, they may as well just all sack themselves? Though it does seem amazing to me that you have to pay a man a million dollars a year to tell you that he’s going to swing the only golf club available in the bag. However, I suppose if he wears a suit nicely, sounds vaguely foreign, and looks ‘authoritative’ on financial news programmes, it’s cheaper than hiring Brad Pitt.  We must also remember that although money printing has never done any general society any good, it has done one group of really special people lots of good, especially over the last few years, when most of them should have been made bankrupt. These people are of course the closet friends and the shadowy shareholders of the western central banks, the über-wealthy bank-rollers of the western political classes.

For they just love money printing, especially when it is used to bail out the banks they own and operate. And they’re still über wealthy as a result, when many of them should be pushing trolleys around supermarket car parks. Though collecting supermarket trolleys is honest work, and honest work is something the über-wealthy long since gave up on. Why work when printed money can steal the production of others? Just make sure that you control the people who do the printing. You can ask any mafia gang controlling a high-quality basement counterfeiter about that. And if the money you’re printing is such high quality that it is the currency of the realm, then you can laugh all the way to the Bank of England. So long as you possess the collective morals of a cackle of hyenas.

This article was previously published at TheEuroVigilante.com.