In the years following the 2008 crash and today, the use of forward guidance from central banking policy makers has become increasingly important. What this nonsense ultimately has translated into is a ridiculous track record in posting upbeat assessments on the economic environment, aimed at trying to fool the marginal investor into believing “there are no need for worry, central bankers have everything under control”. Unsurprisingly, as with all psychological conditioning, forward guidance have lost its effect as more and more market participants lose confidence in central banks and their promise that everything will eventually mean revert to happier days. Contrary to what the smartest people on the planet are saying. Fool me once, shame on you, fool me twice shame on me.

This unfortunate practice is making in-roads into the most important of commodity markets: crude oil. Ever since the last QE taper in June 2014 triggered a dollar rally and a corresponding crash in oil prices, OPEC has been struggling to find its role in this new normal. Market power has, with the emergence of QE and ZIRP/NIRP, been moved to a different set of central planners than themselves, namely those controlling the flow of credit into and around the system. 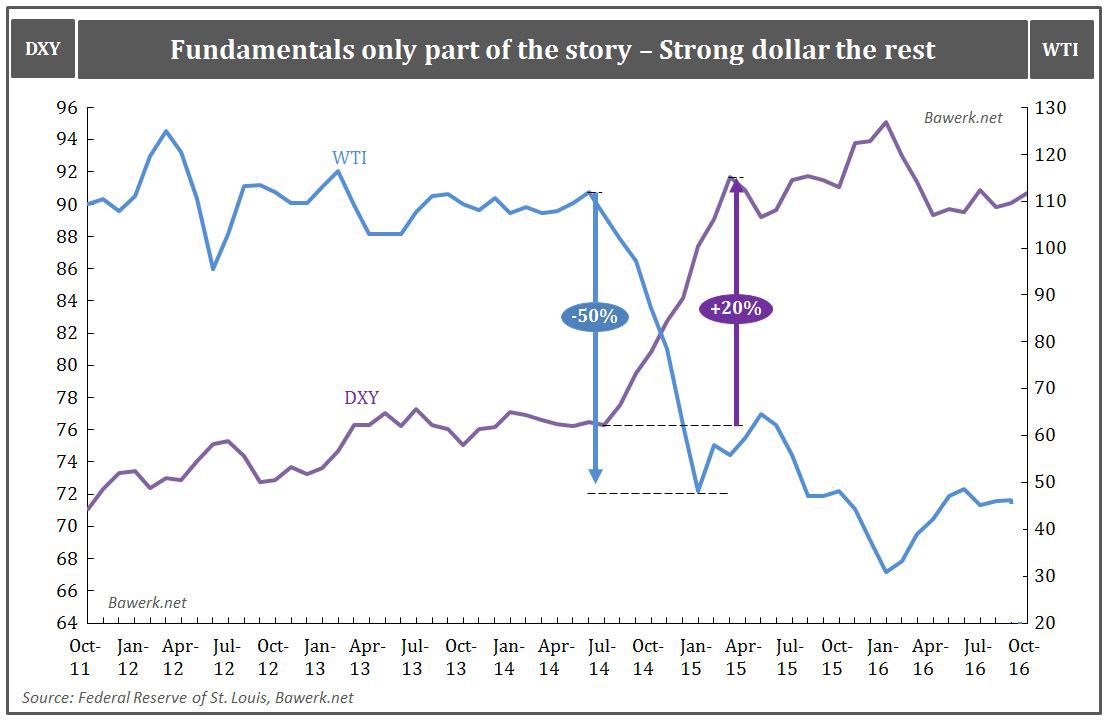 Emulating central banking tactics and to compensate for the lack of fundamental action the oil cartel can take these days due to politics and ‘facts on the ground’, a new technique has emerged that we choose to call “Subtle forward guidance”. In practice it is nothing more than spreading timely, but unsubstantiated rumours, to force sharp upwards movements in the price of oil by squeezing shorts who have to rush in and buy back underlying contracts. Such pettifoggery does provide the impetus for a momentous, but short lived, rallies. In 2016 alone this tactic has been used three times, giving OPEC bosses the intended results but the half-life of these “actions” diminishes for each time; something central bankers can painfully testify to. 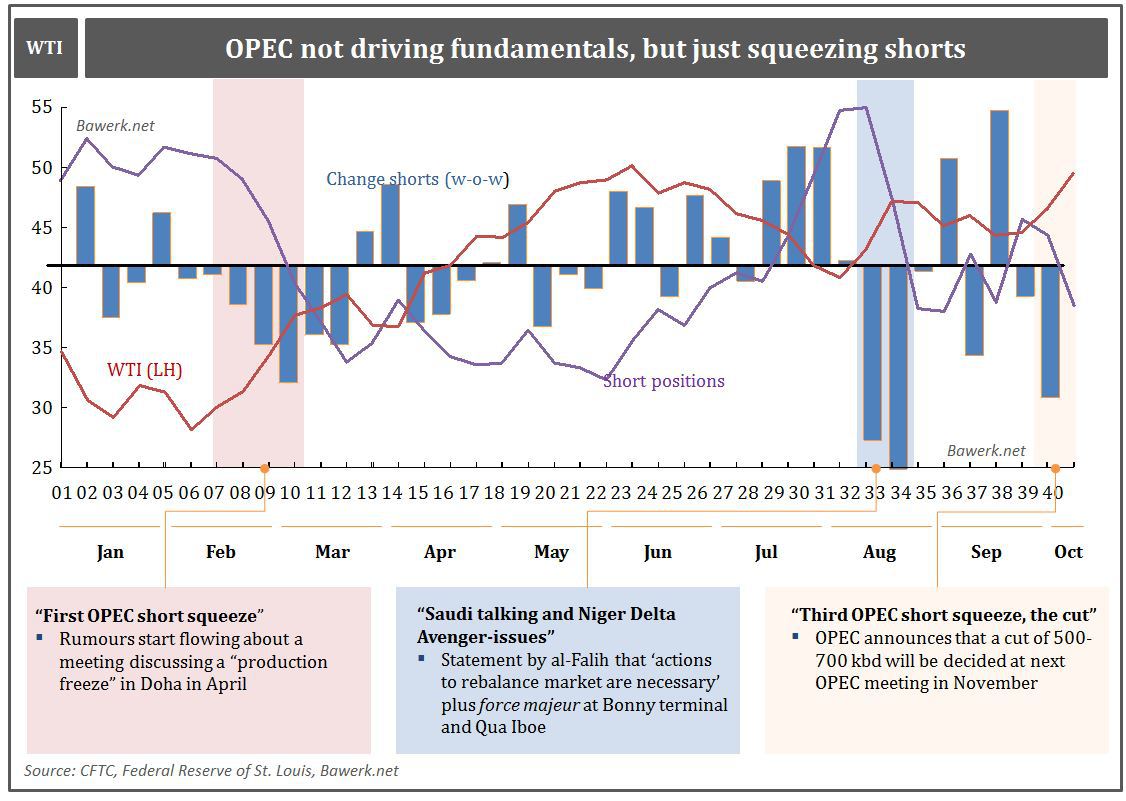 And this brings us to the latest attempt, which supposedly is going to involve a supply reduction and bring prices structurally higher than the 40 dollar handle that seems to have been the natural equilibrium over the last year. As shorts have been pushed out and the net long is at multiyear highs in anticipation of OPEC’s November meeting, oil producers can no longer afford to just “talk the talk”. Longs will eventually pay zero attention to what OPEC say, but will give their actions undivided attention. We are pretty sure that the rally can be sustained until the formal decision in November, despite the fact that no crude is actually being taken off the export market: Saudi Arabia is merely adjusting production for domestic seasonal demand. In the meantime we expect upward movement in the dollar from a December hike and consequently renewed downward pressure on oil prices.

Halting the inevitable downward momentum that will start later this year will most certainly require far more than cheap talk. The question is whether the cartel is even capable of something more material or if screaming and shouting to a wilful investing public will be the final nail in the coffin for something that has outlived itself?

Article by Marcia Christoff-Kurapovna. Source: https://mises.org/library/central-banks-and-our-dysfunctional-gold-markets Many investors still view gold as a safe-haven investment, but there remains much confusion regarding the extent to…