The FOMC has consistently overestimated future Fed Funds Rate (FFR) hikes. For a body that prides itself on super-scientific research methods and has teams of economists (self-described) and statisticians, it’s interesting that they can’t even predict their own behavior.

The graph is comical. 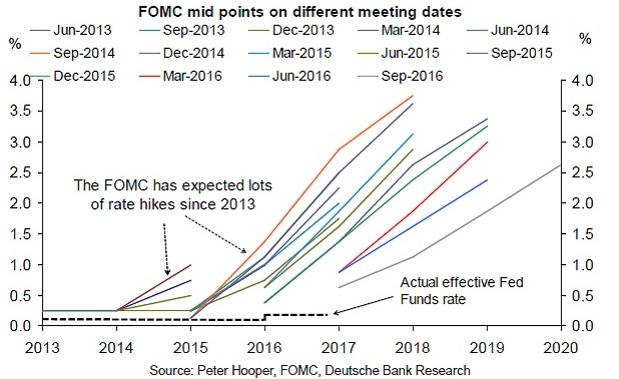 These errors can be either unintentional or intentional.

If unintentional, they are super-optimistic that just a few more months of a near-zero FFR will stimulate spending and employment figures enough to justify the future FFR increases. Also, this would mean that their models are junk.

If intentional, they are just trying to project optimism, ever-reliant on the announcement effect.

The announcement effect, however, can fade like in the story of the boy who cried wolf.

Earlier this year, the Wall Street Journal published this graph that tells a similar story: 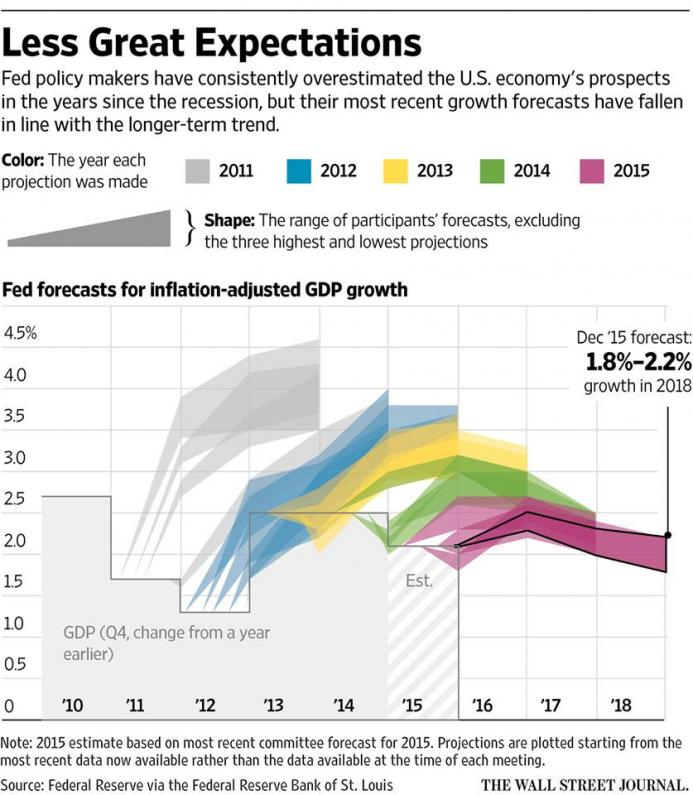 My interpretation of these errors is the same. If unintentional, they represent economic ignorance; if intentional, they are an admission that they are powerless to bring about the economic recovery they have wanted to put in their trophy case for almost ten years now.

Either way, in the fable, the villagers stopped believing the lying little boy one day.

This is my first posting as the CEO of The Cobden Centre. I recent months I have been working with our Chairman, Toby Baxendale,…