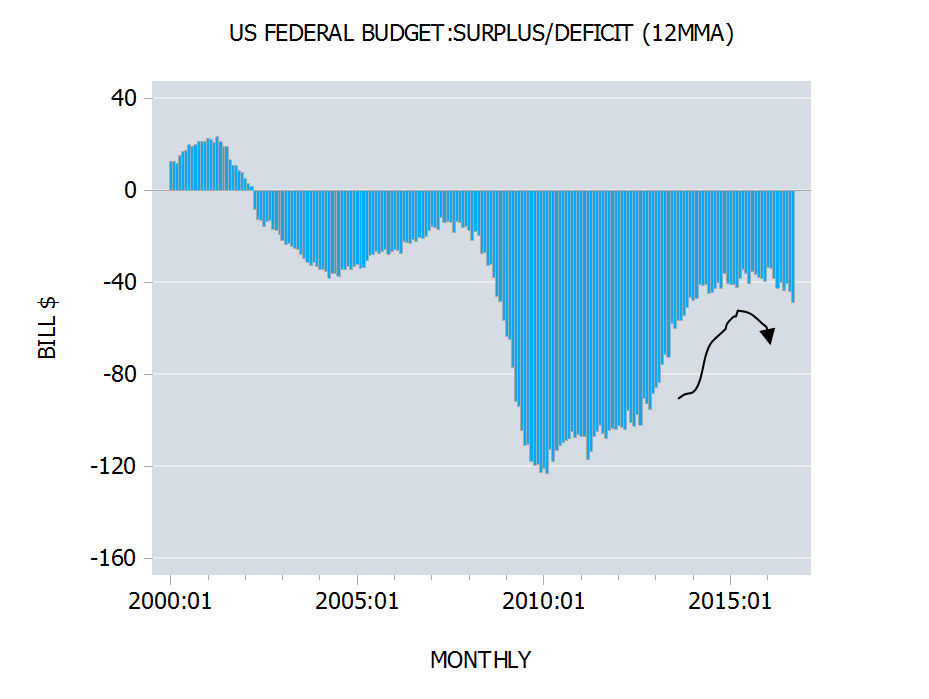 Most experts are of the view that the harm from budget deficits comes from “crowding out”, the idea that government debt absorbs investors’ funds that would otherwise be used for private investment, driving up interest rates.  However given that at present interest rates remain at historically low levels, they argue that there is no need to be concerned with budget deficit as such. On the contrary it is advised by many experts that it is to the benefit of the economic growth to increase deficits.

Given the still subdued economic growth, it is also argued thatan increase in the budget deficit in response to a strong increase in government outlays will boost aggregate demand and this in turn will strengthen the overall economic growth. Again these proponents regard the present low interest rates as an opportunity for fiscal policy to become more active.

In contrast, there are commentators that are in favor of a deficit reduction who are of the view that the government books must be always balanced i.e. the government must live within its means in similarity to every individual in an economy.

Government outlays, not the deficit matter

The implementation of these projects is going to undermine the well-being of individuals, because they are funded at the expense of projects that are of a higher priority and would otherwise be undertaken in the private sector.

This will impede the creation of real wealth and impoverish the economy as a whole. Observe that if government could generate real wealth then obviously it wouldn’t need to tax the private sector.

Various commentators are of the view that in the US and other major economies the government could lift economic growth by upgrading roads. The improvement of roads sounds like a great idea. The key question is whether for a given pool of wealth the US individuals could afford all this?

As an example an individual in his personal capacity might establish that it is a great idea to have anexpensiveMercedes, unfortunately his pool of real wealth only allows him to have a second hand Toyota. If he were to allocate all his wealth towards the purchase of aMercedes he runs the risk of severely damaging his and his family’s well being for he will not have enough means to feed his family and himself.

The mode of diversion of real wealth from the private sector is, however, of secondary importance. What matters is that real wealth is diverted. The method of taking real wealth can be through direct taxes or indirect taxes and by means of monetary printing.

The effective level of tax then is dictated by government outlays – the more government plans to spend the more real wealth it will divert from the wealth generating private sector.In this respect we can see from the charts below that government outlays in absolute terms and relative to GDP have been following a visible up trend (see charts).

Another instrument for the diversion of real wealth is by means of borrowing. But how can this be?

So how then can the government as a borrower, which produces no real wealth, ever repay the debt?

The only way it can do this is by borrowing again from the same lender – the wealth generating private sector. It amounts to a process wherein government borrows from you in order to repay to you. 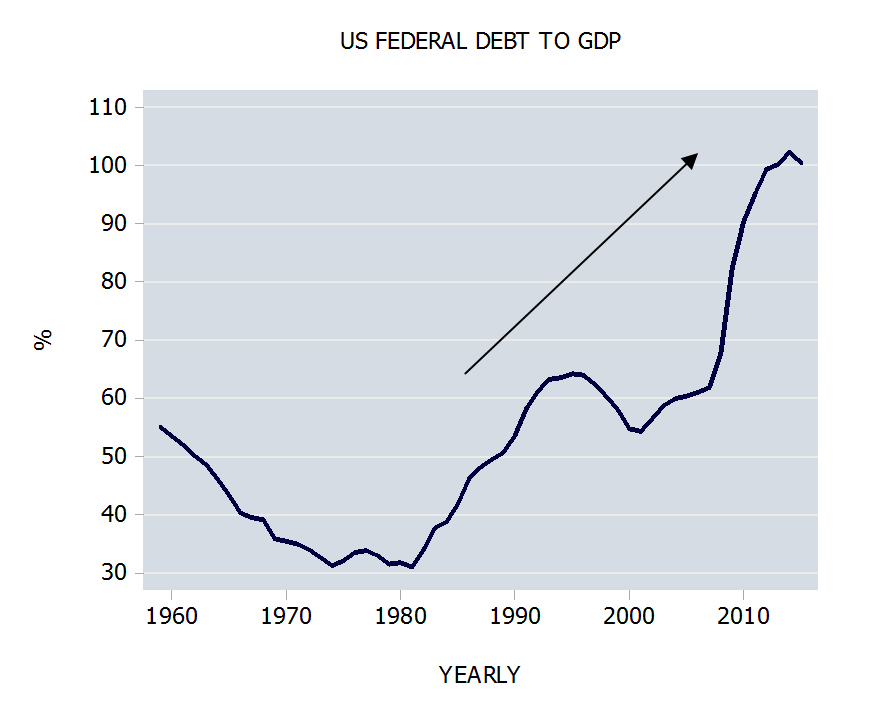 By  Dr Frank Shostak It is widely held that the central bank is a key factor in the determination of interest rates. By popular…