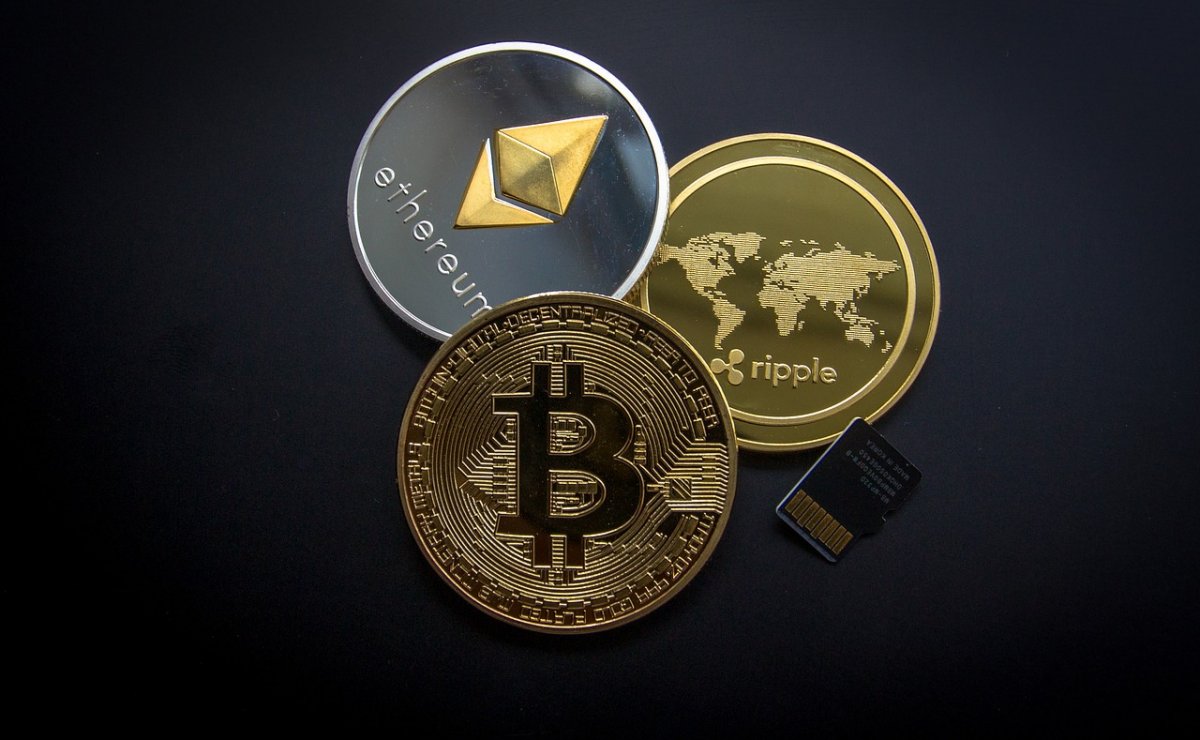 To help understand the genuinely transformative business technology of blockchain in the context of cryptocurrency hype, Wharton professor David Werbach encourages the distinction to be drawn between three frequently confused concepts:

1. Cryptocurrencies such as Bitcoin, which are simply networks that aim to secure value transfer;

2. Blockchain, networks that can collectively reach a consensus as to the validity of data;

3. Cryptoassets, tokens that can be financialized and traded.

Commenting that blockchain and perhaps even cryptoassets are significant innovations which are on the path to mass adoption, Werbach’s view is that the ‘jury is out’ on Bitcoin and cryptocurrencies. We agree. Shortly after we published our December newsletter, Bitcoin traded at USD19,843, but for the last three months it has generally traded in the USD 6 – 7,000 range. Recent research suggests that long term Bitcoin holders may have colluded to pump its price in December. Nonetheless, this price volatility is way too great for Bitcoin to progress to mass adoption, and combined with other structural and technical shortcomings we touch on below, we remain of the view that cryptocurrencies are a long way off from posing any form of threat to the primacy of fiat currencies. Moreover, new tokens and coins are being created every day and stories of frauds and scandals abound.

Given this, we were somewhat surprised that the Bank for International Settlements (BIS) chose to publish a withering attack on cryptocurrencies in June. The preamble to their 24-page report is strongly worded:

“…. looking beyond the hype, it is hard to identify a specific economic problem which they currently solve. Transactions are slow and costly, prone to congestion, and cannot scale with demand. The decentralised consensus behind the technology is also fragile and consumes vast amounts of energy.”

These criticisms are surprisingly doubtful. The first point is easily rebutted. The “specific economic problem” addressed is the ability to transfer value quickly and without exposure to banks’ costs both in terms of transaction fees and compliance. Bitcoin holders can transfer value in a matter of minutes with no compliance steps merely by typing the instruction and a 26-character private key. Leaving aside the obvious demand for tax ‘optimisation’ and illegal activities, there is a legitimate and growing mainstream objection to the arrogation of ever greater investigatory powers by governments into payment flows. Transaction secrecy has a value.

There is some truth in the BIS’ second point, that transactions are slow. Visa and Mastercard are presently able to process 3,500 and 2,000 transactions per second (TPS) respectively. By comparison, the two largest cryptocurrencies, Bitcoin and Ether, can only handle 3.3 and 3.2 TPS. These speeds have significantly slowed as the block validation process has indeed become congested owing to larger volumes of transactions in these cryptocurrencies. However, the BIS is surely naïve to taint all cryptocurrencies with this charge. Ant Financial, the highest valued private company in the world operating the largest online and mobile payments platform is presently launching a private blockchain that can process 25,000 TPS.

Let us turn to the BIS’ third point – electricity consumption, allegedly an “environmental disaster”. Of course, it is well known that Bitcoin mining is hugely energy intensive, one reputable estimate puts Bitcoin’s total energy consumption per year at over 70 terawatt hours. However, this charge cannot be levelled at the entire cryptocurrency world. Without getting into technicalities, Bitcoin and other early mover cryptocurrencies reward transaction validators by way of a process known as “proof of work (POW)” puzzle solving. The puzzles are set up to require a substantial amount of computing power in order to divine the solution, hence the term POW. In contrast, popular, if still nascent, cryptocurrencies such as DASH (market capitalisation USD 2 billion) and NEO (USD 2.4 billion) rely on a different method termed “proof of stake (POS)”. POS involves no mining of new blocks of the currency. Rather, transaction validators are rewarded with a transaction fee. Validators are selected pseudo randomly, but with a bias towards holders of larger stakes. The assumption is that large stakeholders have an incentive to maintain the integrity of the transaction chain.

If a validator introduces a fraud he risks losing his stake. POS technology is constantly evolving, and different forms of proof have evolved in competition, these are early days for cryptocurrencies. Although Bitcoin retains a strong first mover advantage, with a market capitalisation based on the 17.1 million coins in issue of USD 114 billion, and daily trading volumes of USD 3 – 5 billion per day in early July, it is strange that the BIS should place so much emphasis on the energy point, which is really a problem mainly associated with Bitcoin.

Could it be that the BIS realises that we are witnessing a new kind of economic thinking, what we could term the “Economics of Cool”? This might explain why they chose to lead with this weak environmental point – today’s cool kids are all passionate about the environment.

Blockchain and the business of issuing new coins or tokens are clearly very cool. Almost every day there are well attended blockchain events in multiple major European cities. Decent paying jobs for graduates are at an all-time low and the pull of blockchain startups to well-educated twenty-somethings is understandable. Some USD 6 billion of private venture capital was invested in blockchain based startups in 2017, and predictions for 2018 are running at USD 24 billion.

Of course, the BIS is correct to point out that cryptocurrencies exhibit few characteristics associated with the generally accepted attributes of money. Fiat money systems are characterised by their stewardship by institutions that have the power to issue and deissue currency, and who are obliged to produce daily balance sheets showing the assets backing the currency liabilities in issue. Of the 750 coins listed on the well regarded Coinmarketcap.com website, the bottom 100 have market capitalizations of only a few thousand dollars or less. It is hardly surprising that this space is replete with nefarious activities. A different website, Deadcoin.com, lists 853 examples of failed coins, scams and other types of fraud. The relative ease with which new ventures have been able to fund themselves by selling tokens that carry no claims over the assets and cashflows of the underlying businesses, as opposed to funding via conventional equity or debt, is troubling. It is almost regarded as ‘uncool’ for a new blockchain based startup not to fund itself by a sale of coins or tokens, termed an Initial Coin Offering (ICO).

Securities regulators have been slow to reconcile ICOs with their existing regulations. It was only in December that the US SEC stepped in and halted an ICO for a food delivery company called Munchee; even though the tokens conferred no rights to the underlying business cash flows. It was enough for the SEC that Munchee’s token offering documents suggested that management would endeavour to help increase the value of the tokens. The SEC recently declared that Bitcoin and Ether are not securities, but commentators noted that they remained silent regarding other large coins; any future adverse SEC ruling would be bound to impact the values of such coins.

We expect more shocks in the crypto sector. However, we preserve a sense of relativity when comparing crypto with fiat. We have all spent ten years reading about the daily drip feed of scandals, manipulations of every major financial pricing benchmark by banks and their perpetual rescues via central bank liquidity operations. It might just be that the BIS realises that cryptocurrencies, although still tiny, represent some kind of threat to central banks’ credibility. If so, it would not be the only regulator motivated by self-preservation. The Swedish Land Registry has vowed to copy Georgia and put its property title register on a blockchain system, but not – as was the motivation for Georgia – to attack corruption, rather because they fear that if they don’t do this, Google will develop an App and Swedish citizens will rely on this rather than the official register. Regulators have to remain relevant and popular.

We say that the BIS’ main argument should have been centred on questionable intrinsic value, price volatility and concerns about finality of settlement. We agree with the view that if a ‘reserve cryptocurrency’ is to emerge trumping Bitcoin and genuinely competing with fiat, transactions must be both final and capable of being challenged if they have been incorrectly executed. By advancing weak arguments such as energy, the BIS appears, like securities regulators, to still be playing catch-up.

Gordon Kerr is a structured finance banker and founder of www.cobdenpartners.co.uk, the commercial wing of the Cobden Centre.