A recent post from the Peterson Institute – Further Thinking on the Costs and Benefits of Deficits – follows on from the Presidential Lecture given by Olivier Blanchard at the annual gathering of the American Economic Association (AEA) Public Debt and Low Interest Rates. The article discusses a number of issues which are linked to Blanchard’s speech: –

Their answers are 1. Sometimes, although they question whether it is the role of economists to lean against the political wind. 2. No, which is a relief to those of a more puritanical disposition towards debt. The authors’ argument, however, omits any discussion of the function of interest rates in an unfettered market, to act as a signal about the merit of an investment. When interest rates are manipulated, malinvestment flourishes. They propose: –

…that the political system should adopt a “do no harm” approach, paying for new proposals but not necessarily making it an urgent priority to do any more than that. Adopting this principle would have the benefit of requiring policymakers to think harder about whether to adopt the next seemingly popular tax credit or spending program. Many ideas that seem appealing judged against an unspecified future cost are less appealing when you make their costs explicit today.

A prelude to MMT

The reason for highlighting recent Peterson commentary is because it represents the acceptable face of a more dubious set of proposals, known collectively as MMT. These ideas are not particularly modern, beginning with the Chartalist tenet that countries which issue their own fiat currencies can never “run out of money.” For a measured introduction to this topic, Dylan Matthews has published a brilliant essay for Vox – Modern Monetary Theory, explained. Here are some of the highlights: –

[The starting point is]…endogenous money theory, that rejects the idea that there’s a supply of loanable funds out there that private businesses and governments compete over. Instead, they believe that loans by banks themselves create money in accordance with market demands for money, meaning there isn’t a firm trade-off between loaning to governments and loaning to businesses of a kind that forces interest rates to rise when governments borrow too much.

MMTers go beyond endogenous money theory, however, and argue that government should never have to default so long as it’s sovereign in its currency: that is, so long as it issues and controls the kind of money it taxes and spends. The US government, for instance, can’t go bankrupt because that would mean it ran out of dollars to pay creditors; but it can’t run out of dollars, because it is the only agency allowed to create dollars. It would be like a bowling alley running out of points to give players.

A consequence of this view, and of MMTers’ understanding of how the mechanics of government taxing and spending work, is that taxes and bonds do not and indeed cannot directly pay for spending. Instead, the government creates money whenever it spends…

And why does the government issue bonds? According to MMT, government-issued bonds aren’t strictly necessary. The US government could, instead of issuing $1 in Treasury bonds for every $1 in deficit spending, just create the money directly without issuing bonds.

“In the long term,” they conclude, “the only sustainable position is for the private domestic sector to be in surplus.” As long as the US runs a current account deficit with other countries, that means the government budget has to be in deficit. It isn’t “crowding out” investment in the private sector, but enabling it.

The second (and more profound) aspect of MMT is that it proposes to reverse the roles of fiscal and monetary policy. Taxation is used to control aggregate demand (and thus inflation) whilst government spending (printing money) is used to prevent deflation and to stimulate consumption and employment. Since MMT advocates believe there is no need for bond issuance and that interest rates should reside, permanently, at zero, monetary policy can be controlled entirely by the treasury, making central banks superfluous.

At the heart of MMT is an accounting tautology, that: – 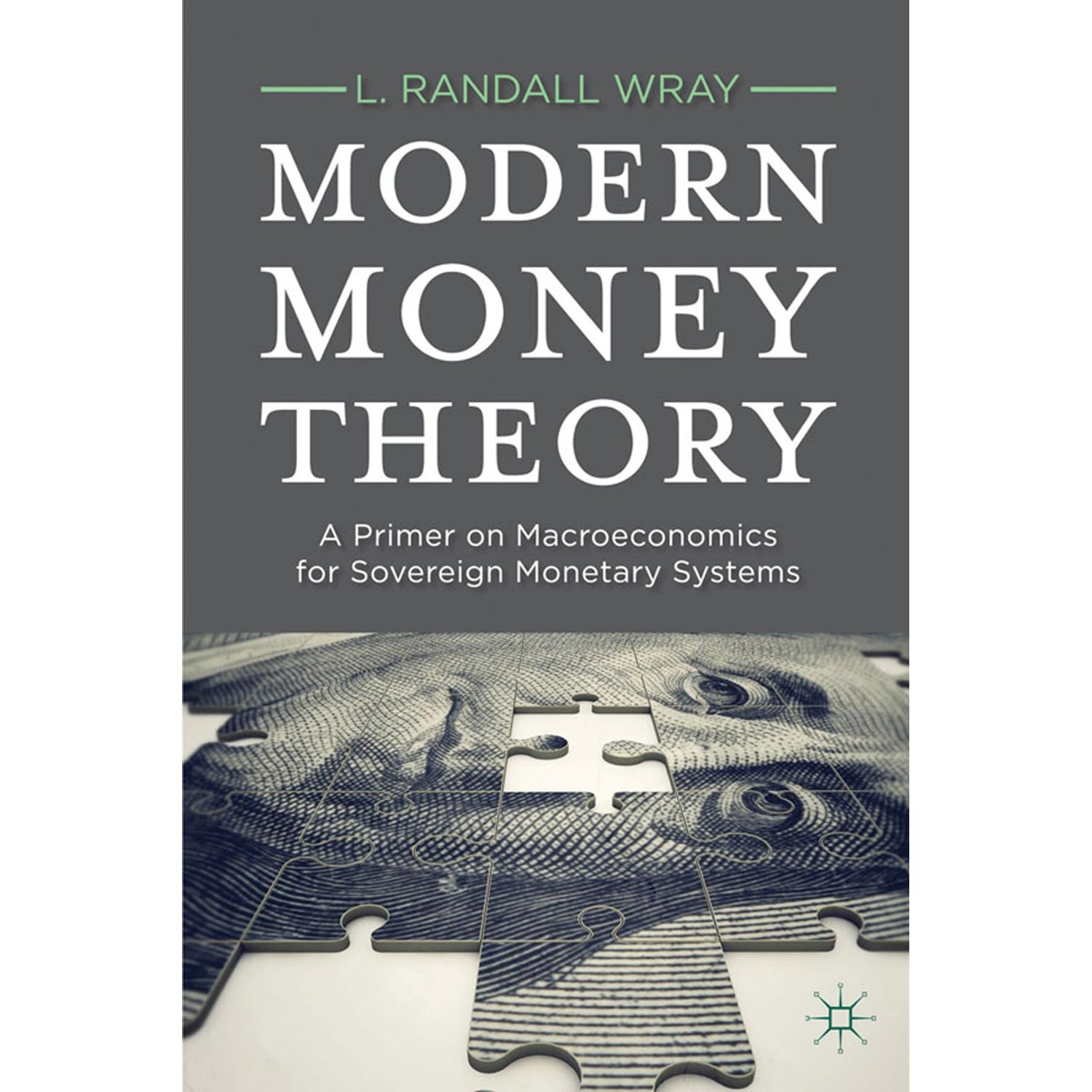 You may be getting the feeling that something does not quite tally. Robert Murphy of the Mises Institute – The Upside-Down World of MMT explains it like this (the emphasis is mine): –

When I first encountered such a claim — that the government budget deficit was necessary to allow for even the mathematical possibility of net private-sector saving — I knew something was fishy. For example, in my introductory textbook I devote Chapter 4 to “Robinson Crusoe” economics.

To explain the importance of saving and investment in a barter economy, I walk through a simple numerical example where Crusoe can gather ten coconuts per day with his bare hands. This is his “real income.” But to get ahead in life, Crusoe needs to save — to live below his means. Thus, for 25 days in a row, Crusoe gathers his ten coconuts per day as usual, but only eats eight of them. This allows him to accumulate a stockpile of 50 coconuts, which can serve as a ten-day buffer (on half-rations) should Crusoe become sick or injured.

Crusoe can do even better. He takes two days off from climbing trees and gathering coconuts (with his bare hands), in order to collect sticks and vines. Then he uses these natural resources to create a long pole that will greatly augment his labor in the future in terms of coconuts gathered per hour. This investment in the capital good was only possible because of Crusoe’s prior saving; he wouldn’t have been able to last two days without eating had he not been able to draw down on his stockpile of 50 coconuts.

This is an admittedly simple story, but it gets across the basic concepts of income, consumption, saving, investment, and economic growth. Now in this tale, I never had to posit a government running a budget deficit to make the story “work.” Crusoe is able to truly live below his means — to consume less than his income — and thereby channel resources into the production of more capital goods. This augments his future productivity, leading to a higher income (and hence consumption) in the future. There is no trick here, and Crusoe’s saving is indeed “net” in the sense that it is not counterbalanced by a consumption loan taken out by his neighbor Friday…

MMT goes on to solve the problem of achieving full employment by introducing a job guarantee and wage controls.

If, by this stage, you feel the need for an antidote to MMT, look no further than, Forty Centuries of Wage and Price Controls: How Not to Fight Inflation by Dr Eamon Butler of the ASI. Published in 1978, it documents the success of these types of policy during the past four thousand years.

The radical ideas contained in MMT are unlikely to be adopted in full, but the idea that fiscal expansion is non-inflationary provides succour to profligate politicians of all stripes. Come the next hint of recession, central banks will embark on even more pronounced quantitative and qualitative easing, safe in the knowledge that, should they fail to reignite their economies, government mandated fiscal expansion will come to their aid. Long-term bond yields will head towards the zero-bound – some are there already. Debt to GDP ratios will no longer trouble finance ministers. If stocks decline, central banks will acquire them: and, in the process, the means of production. This will be justified as the provision of permanent capital. Bonds will rise, stocks will rise, real estate will rise. There will be no inflation, except in the price of assets.

John Mauldin describes the end-game of the debt-explosion as the Great Reset, but if government borrowing costs are zero (or lower) the Great Reset can be postponed, but the economy will suffer from low productivity growth due to malinvestment.

Each commodity market has its own story to tell: oil prices are falling because OPEC can’t agree production cuts, steel faces a glut from…