Since the launch of Bitcoin in 2009 cryptocurrencies have proliferated, powered by blockchain technology using distributed computing platforms. Many have grown with the belief that they will remain free from the control of central banks and treasuries, thus providing an alternative to fiat currencies, whose value may change at the whim of governments.

Cryptocurrencies’ growing popularity as a store of value and medium of exchange also has far-reaching policy implications, according to Max Rangeley of the Cobden Centre, speaking at the 8th International Austrian Conference on “The Austrian School of Economics in the 21st Century,” hosted by free market think tanks in Vienna on November 13. Among other ramifications, Rangeley argued that cryptocurrencies raise the possibility that central banks will have less control over monetary policy over time, as a larger part of the economy becomes immune to the usual tools of central bankers, like changing interest rates, and newer additions such as quantitative easing. 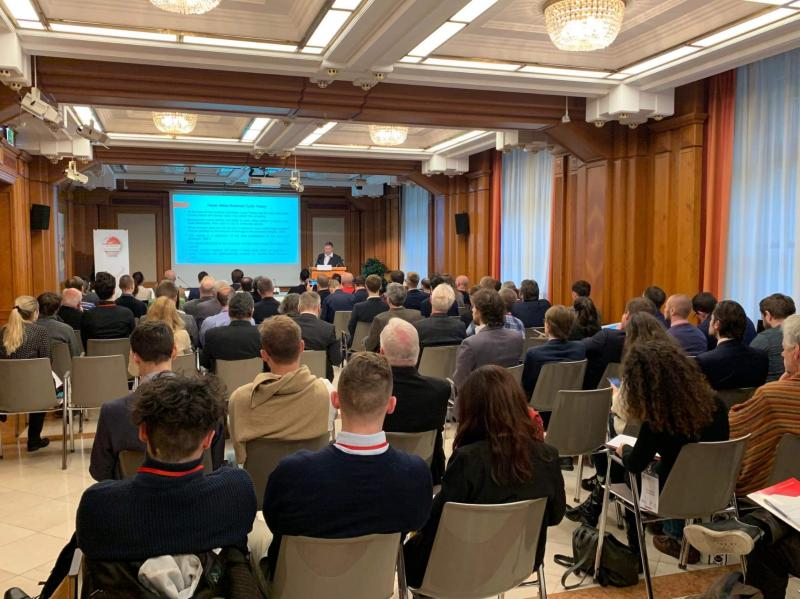 “When money can be created privately, control over monetary policy instruments is, at least to some degree, ceded to the private sector,” Rangeley noted. In effect this could mean returning control of interest rates to the market, to be set by the traditional forces of supply and demand rather than central bank intervention, which economists from Friedrich von Hayek onwards have warned distorts capital markets, including price inflation, time preferences (saving or spending now versus later) and investment bubbles. 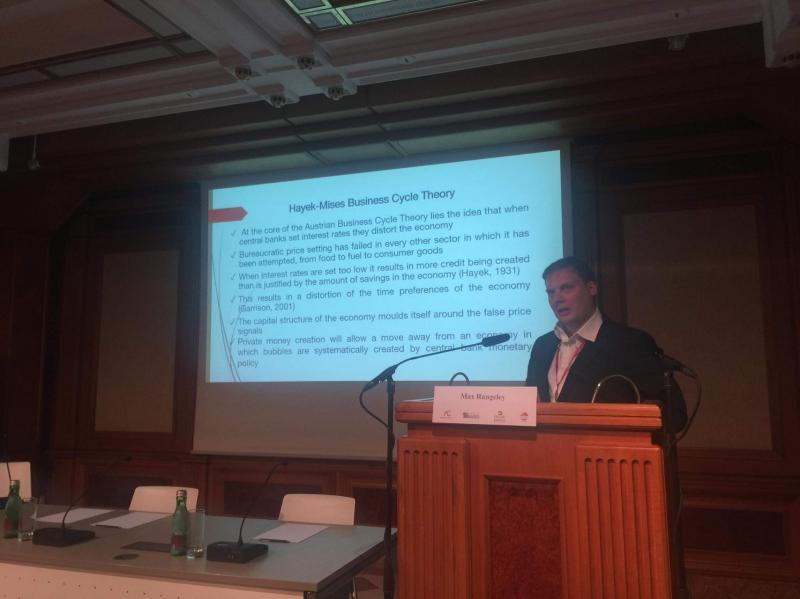 As cryptocurrencies continue to grow, Rangeley predicted, the current handful of financial instruments will multiply, expanding from activities like peer-to-peer lending to full-fledged credit markets with intermediaries. At the same time, economies will have to grapple with downturns without the comforting cushion of monetary policy, as foreseen by the IMF: “More generally, in an economy with a high share of virtual currencies, the ability of monetary policy to manage the business cycle could be diminished. Some of the challenges would be similar to those face by countries that are heavily dollarized. The current generation of virtual currencies does not allow for an expansion of the money supply in response to negative demand shocks. This would tend to exacerbate recessions…”

Short of a ban, it wouldn’t be hard to imagine governments mandating minimum reserve requirements for cryptocurrency banks in future. Rangeley also noted that “central banks are now looking at how to absorb ideas from the monetary entrepreneurs,” and may even dive into blockchain technology by establishing their own cryptocurrencies or applying some of their technical underpinnings to existing national currencies. This idea has some implications which free market advocates might view as disturbing, with Rangeley warning that, “Central bank use of blockhain will allow hitherto unimagined forms of control,” including “programming in negative interest rates.”

On that note Rangeley quoted Charles Hoskinson, an early proponent and founder of blockchain company IOHK, on one of the outstanding features of blockhain technlogy: “You can put all kinds of extremely advanced terms and conditions on a digital account for money: where, when and who can spend it, and how much I spend. That can happen with a bank account on a a digital ledger.”

This blog recently republished an article by Frank Shostak asking “Is there a place for experimental economics?” I could write a lengthy defense of…