There is another excellent piece in today’s Sunday Telegraph, from Mr Liam Halligan, summarising the end game situation at the recent Davos power elite comedy hour. I shall limit myself to cherry-picking just three quotes, one for each Marx brother. 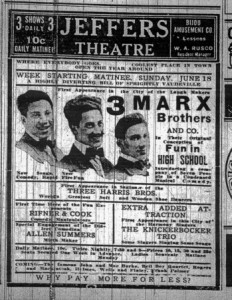 Here is Groucho, always running away from his obligations:

“Yet while the grand-standing and finger-pointing should stop, it is absolutely not time to “move on”. The structural banking reforms we so desperately require are still a very long way from being agreed. The chances now are, given the Davos mood music, that they never will be.”

Here is Chico, preferring a good tune to actually ever achieving anything:

“Yet the actual document [Basel III accord] is so full of fudges and escape hatches that it amounts to very little. The only concrete policy – requiring banks to hold more capital against potential losses – doesn’t kick-in until 2018. Other measures designed to prevent future crises – such as liquidity standards and a global resolution mechanism for failing firms – have been postponed, allowing banks to carry on pretty much as before.”

And here is Harpo, silent but deadly:

“The question of “too-big-to-fail” remains entirely unresolved. And it looks as if we’ve now passed the high watermark in terms of Western leaders’ appetite for genuine banking reform. The country that should worry most about this grim reality, it pains me to write, is Great Britain.”

Written By
Andy Duncan
More from Andy Duncan
Ben Davies is the CEO of Hinde Capital, here in England, and...
Read More