Loose US monetary policy has had its echoes all around the world.  The US dollar, once thought to be “as good as gold”, has now been shown be nothing of the kind. Gold bugs the world over have been proven right.  Countries scattered all over the world have either dollarised, or run very tight pegs.  In either case, this has meant largely adopting US monetary policy in countries as far flung as humble Ecuador (dollarised in 2002 following its own runaway inflationary disaster, which resulted in the emigration of 10% of the population) to the collection of Asian nations, China, Hong Kong, Malaysia, Taiwan, Indonesia, all of whom adopt some sort of peg to the US dollar.  Without exception, each of these countries has experienced extreme property appreciation these last two years.

This documentary explores the Chinese experience.

The mechanism through which expansionary policies are communicated through China appear to follow the following pattern:

In short, this process is little different in essence from the credit-fuel property booms that have occurred the world over and it will have at its heart cronyism, corruption and waste.

The stories of the booms and busts of each country carry a different twist as the setup of institutions in each country is different, with the common flavour being that of credit growth aided by monetary expansion.

To the requisite ingredients of loose money and credit growth, China has added the explosive ingredient of it being a command economy, which has served to amplify the misallocation of capital.  The results are spectacular.  The most populous nation on earth does most things on an epic scale, and property boom and bust is seemingly no exception.  Enjoy. 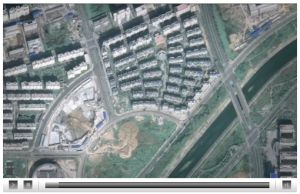