Brian Micklethwait speaks to Detlev Schlichter on his upcoming book, Paper Money Collapse: The Folly of Elastic Money and the Coming Monetary Breakdown. 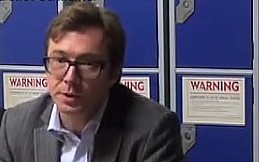 As a derivatives trader for 19 years, Detlev Schlichter resigned his position as a senior bond portfolio manager in 2009 to work full-time on this book, about fiat monetary systems and financial crises. He therefore knows of what he speaks. In this extensive and detailed interview, he explores with Brian Micklethwait what we should do to get our current financial problems behind us; this one really is worth listening to in its 35-minute entirety.

Speaking from a heavily-influenced Austrian position, Herr Schlichter examines what would happen if we did the ‘right’ thing by turning off the Keynesian money printing spigot — and exposing all of those malinvestments — and what might happen if we keep going into the Götterdämmerung of the fiat money system with the ‘wrong’ thing, by allowing the spigot to pump even faster.

“Paper money systems have always collapsed in history. None of them have survived. And our system is really not that old. It only became a complete one hundred per cent paper money system in 1971, when the dollar became an irredeemable piece of paper. Central banks could still convert it into gold until 1971.”

Amongst many other sub-plots, debating the relative influences of Hayek, Mises, and Rothbard, there’s also a fascinating sub-discussion about the role of paper money in the collapse of the medieval Chinese empire, which allowed the later domination of China by the western powers of Europe, such as Portugal and Britain.

For those interested in the work of Herr Schlichter, and up-to-date comments upon an unfolding global financial situation, you can find his personal web page, here. 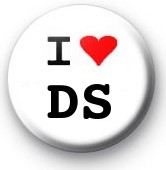