Regular readers will know that The Cobden Centre’s sister roundtable – Kaleidic Economics – is engaged in measuring the MA measure of the money supply, as discussed here several times. In October 2011 MA fell by 6.6% compared to the previous year, which is around twice the recent rate of contraction. As turmoil regarding the Eurozone and threats of a double dip recession continue, good policymaking requires good data. And the monetary aggregates paint a gloomy picture. 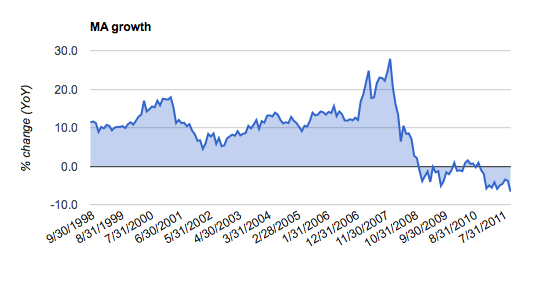 14 replies on “The money supply continues to contract”