“Sir, Arnaud Montebourg, the former French economy minister and the sourest note in the Hollande repertoire, dares to complain of “absurd” austerity policies ? (“Hollande purges cabinet following leftwing revolt”, August 26.) If those policies are absurd, it is because they were not accompanied by the structural reforms so badly needed to make the French economy healthy. I am speaking of long outdated redundancy and seniority labour laws, oppressive regulations for the business sector and the unbearable bureaucratic roadblocks that stand in the way of start-ups.

“To these, one can also add the traditional Gallic mindset of envy, if not outright hostility, towards those French citizens and other Europeans who are willing to work longer, harder and smarter and want to make good money; a mindset that Mr Montebourg never hesitated to parade before the world. Now that he and his cohorts on the left of the Socialist party have departed the government, perhaps François Hollande can move forward and leapfrog France from the 19th to the 21st century.” Letter to the FT from Stan Trybulski, Branford, Connecticut, 28th August 2014.

“There’s a great deal of ruin in a nation.” Adam Smith.

“You will never understand bureaucracies until you understand that for bureaucrats, procedure is everything and outcomes are nothing.” Thomas Sowell.

Much of what we think we know isn’t necessarily so. The invention of the printing press with movable type ? Traditionally credited to fifteenth-century Germany and Johannes Gutenberg, it was actually invented in eleventh-century China. Paper also originated in China long before it was used in the West. As did paper money and toilet paper (albeit today, these are pretty much interchangeable). English agriculturalist Jethro Tull is widely credited with the discovery of the seed drill in 1701. It was in fact invented by the Chinese 2,000 years beforehand. The first blast furnace for iron smelting is associated with Coalbrookdale – tragically close to schools in the West Midlands. It was actually introduced by the Chinese before 200 BC. The Chinese were also first to use the fishing reel, matches, the magnetic compass, playing cards, the toothbrush and the wheelbarrow. Perhaps even golf. So how did a society apparently so dynamic and innovative by comparison with the West then enter a centuries’ long decline ?

Niall Ferguson, in his excellent book ‘Civilization’ (Penguin, 2012) puts forward six “identifiably novel complexes of institutions and associated ideas and behaviours” that account for the cultural and economic outperformance of the West between, say, the 16th and 20th centuries:

He defines these trends as follows:

1. Competition: “a decentralization of both political and economic life, which created the launch-pad for both nation-states and capitalism”.
2. Science: “a way of studying, understanding and ultimately changing the natural world, which gave the West (among other things) a major military advantage over the Rest”.
3. Property rights: “the rule of law as a means of protecting private owners and peacefully resolving disputes between them, which formed the basis for the most stable form of representative government”.
4. Medicine: “a branch of science that allowed a major improvement in health and life expectancy, beginning in Western societies, but also in their colonies”.
5. The consumer society: “a mode of material living in which the production and purchase of clothing and other consumer goods play a central economic role, and without which the Industrial Revolution would have been unsustainable”.
6. The work ethic: “a moral framework and mode of activity derivable from (among other sources) Protestant Christianity, which provides the glue for the dynamic and potentially unstable society created by “killer apps” 1 to 5”.

For our purposes we are most interested in Ferguson’s first “killer app”, Competition. But we will also refer to it in a slightly different context – “the lack of bureaucracy”. As the chart below shows, from 1000 AD to its high water mark in the 1960s, UK GDP relative to China’s was a one-way bet. Since then, however, the trend has gone into reverse. 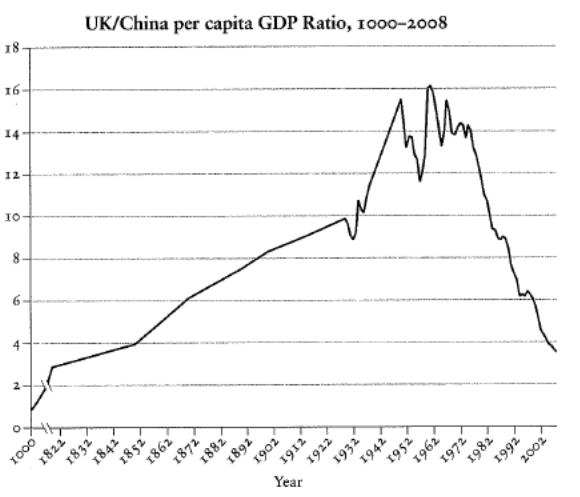 Source: Niall Ferguson / Penguin Books
What can account for this dramatic reversal of economic fortunes ? Economic reforms in China, led by Deng Xiaoping in the late 1970s, are likely to be responsible for at least part of the turnaround. But the relentless and sclerotic expansion of the State in Britain has also played a role. 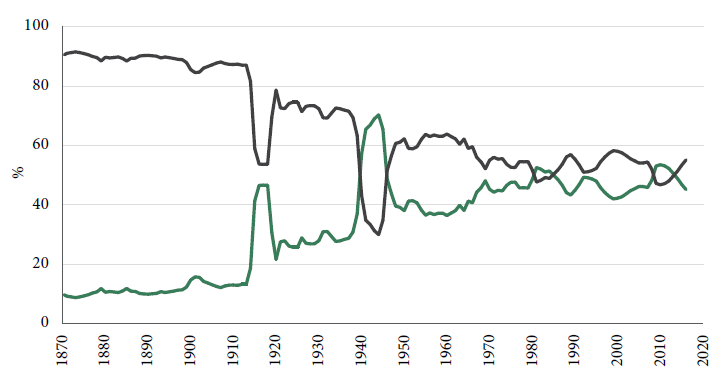 As the chart above shows, at the turn of the last century, UK state spending accounted for roughly 10% of the economy and the private sector accounted for the rest. But as the welfare state has swelled, government spending has mushroomed to account, now, for something like half or more of the entire economy. And state spending, by and large, is inefficient spending – at least by comparison with the inevitably more disciplined for-profit sector. In other words, our relative economic prospects have declined in inverse proportion to the expansion (metastasis) of the State. In turn, bureaucratic parasitism likely accounts for productivity differentials in the euro zone; the German State accounts for roughly 45% of its economy, the French State 56%. 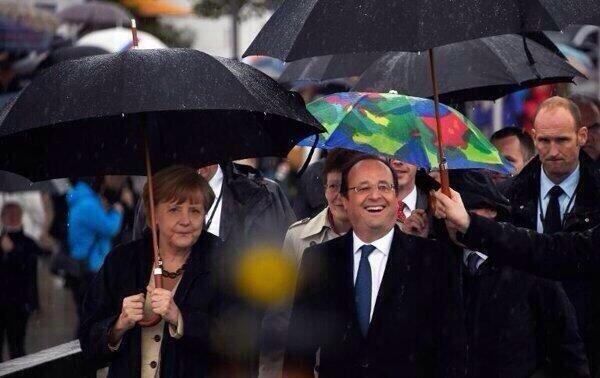 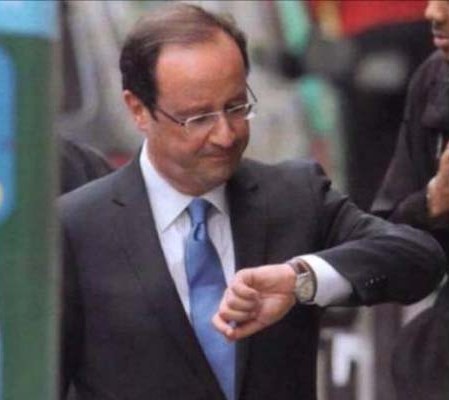 Politicians have been able to swell the State thus far only with assistance by two groups: with the involuntary support of taxpayers, and with the connivance of central bankers. Popular resentment of what is laughably termed ‘austerity’ threatens the ongoing indulgence of the first group; the almost terminal straining of market forces by the latter runs the risk of a disorderly collapse of confidence in bond markets, after which continued Western deficit spending would be virtually impossible.

We seem to be close to the endgame. Even as perversely, record-low bond yields (indiscriminately – across markets as diverse as Austria, Belgium, Germany, Holland, Finland, Ireland, Italy and Spain) have sent desperate investors scurrying into stocks instead, those same investors are, with extra perversity, displaying a similar lack of discrimination and not even attempting to locate relative value within markets. Extraordinarily, the Wall Street Journal points out that

“Investors are pouring money into Vanguard Group, the epitome of the hands-off approach to investing, flocking to funds that track market indexes and aren’t run by stock pickers or star managers. The inflow has pushed the mutual-fund giant to almost $3 trillion in assets under management for the first time. The surge is part of a sea change in the fund business in which investors are increasingly opting for products that track the market rather than relying on managers to pick winners… Investors poured a net $336 billion into passively managed stock and bond funds in 2013, handily beating the $53 billion invested in traditional mutual funds of the same type, according to Morningstar. So far this year through July, investors put a net $177 billion into those passive funds, compared with $74 billion in actively managed funds… Through July, passively managed stock funds have seen a net $128.4 billion in investor inflows, compared with $18 billion for traditional stock funds…”

Nor is this lack of judicious investment a product of bullish US market sentiment. The same arbitrary index-following – at all-time highs – is being pursued in the UK. Trade magazine FTAdviser reports that

“Retail investors put more money into tracker funds in July than in any other month since records began, according to the latest IMA data.”

Index-tracking may have merit at the bottom of the market, but at the top ?

Having singularly failed to reform or restructure their dilapidated economies, many governments throughout the West have left it to their central banks to keep a now exhausted credit bubble to inflate further. Unprecedented monetary stimulus and the suppression of interest rates have now boxed both central bankers and many investors into a corner. Bond markets now have no value but could yet get even more delusional in terms of price and yield. Stock markets are looking increasingly irrational relative to the health of their underlying economies. The euro zone looks set to re-enter recession and now expects the ECB to unveil outright quantitative easing. If the West wishes to regain its economic vigour versus Asia, it would do well to remember what made it so culturally and economically exceptional in the first place.

0 replies on “Back to the future”