In a market economy a major service that money provides is that of the medium of exchange. Producers exchange their goods for money and then exchange money for other goods.

As production of goods and services increases this results in a greater demand for the services of the medium of exchange (the service that money provides).

Conversely, as economic activity slows down the demand for the services of money follows suit.

Now, take the example where an increase in the supply of money for a given state of economic activity has taken place. Since there wasn’t any change in the demand for the services of the medium of exchange this means that people now have a surplus of money or an increase in monetary liquidity.

Obviously no individual wants to hold more money than is required. An individual can get rid of surplus cash by exchanging the money for goods.

All the individuals as a group however cannot get rid of the surplus of money just like that. They can only shift money from one individual to another individual.

The mechanism that generates the elimination of the surplus of cash is the increase in the prices of goods. Once individuals start to employ the surplus cash in acquiring goods this pushes prices higher.

As a result the demand for the services of money increases. All this in turn works towards the elimination of the monetary surplus.

Once money enters a particular market this means that more money is now paid for a product in that market. Or, we can say that the price of a good in this market has now gone up. (Remember a price is the number of dollars per unit of something).

Individuals still demand the same amount of the services from the medium of exchange. To accommodate this they will start selling goods, thus pushing their prices down.

At lower prices the demand for the services of the medium of exchange declines and this in turn works towards the elimination of the monetary deficit.

A change in liquidity, or the monetary surplus, can also take place in response to changes in economic activity and changes in prices.

For instance, an increase in liquidity can emerge for a given stock of money and a decline in economic activity.

Once however, a surplus of money emerges it produces exactly the same outcome with respect to the prices of goods and services as the increase in money supply does i.e. pushes prices higher.

Conversely an increase in economic activity whilst the stock of money stays unchanged produces a monetary deficit.

This in turn sets in motion the selling of goods thereby depressing their prices. The fall in prices in turn works towards the elimination of the monetary deficit.

There is a time lag between changes in liquidity i.e. a monetary surplus, and changes in asset prices such as the prices of stocks.

(The reason for the lag is because when money is injected it doesn’t affect all individuals and hence all markets instantly. There are earlier and later recipients of money).

For instance, there could be a long time lag between the peak in liquidity and the peak in the stock market.

Exploring how changes in liquidity have historically driven the stock market 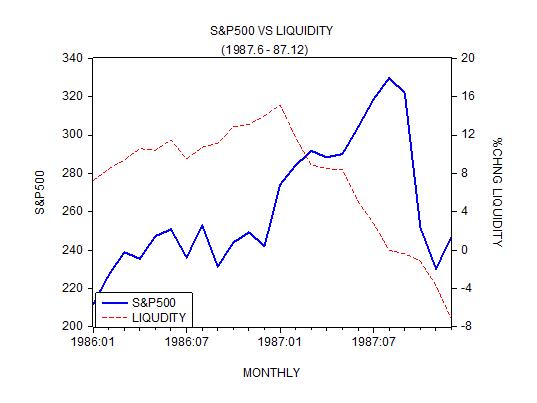 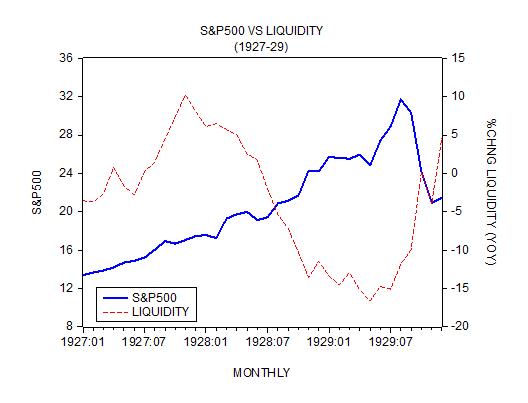 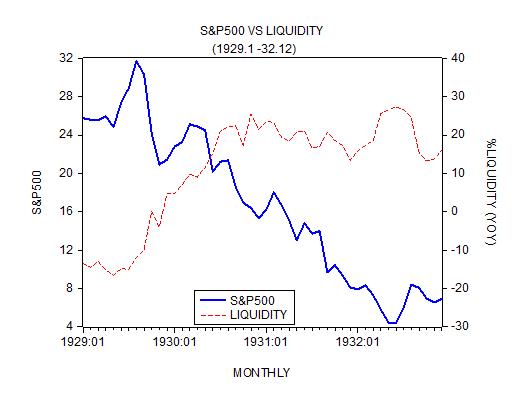 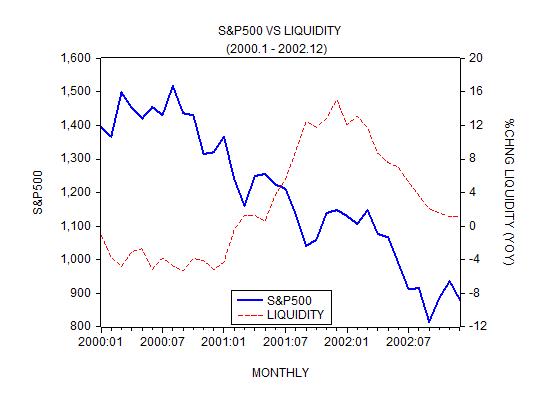 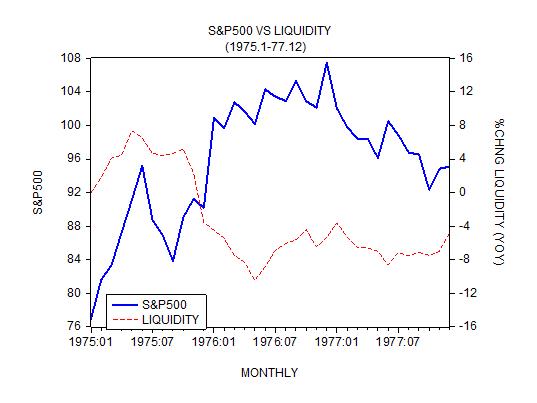 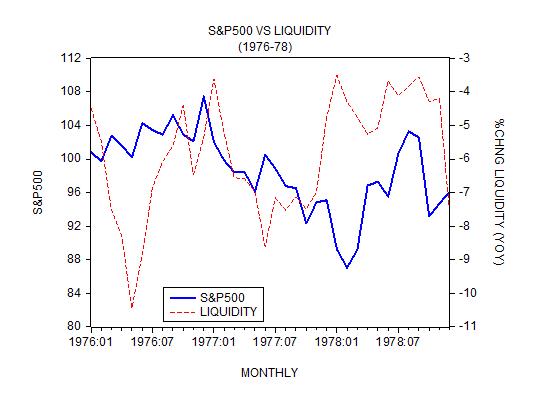 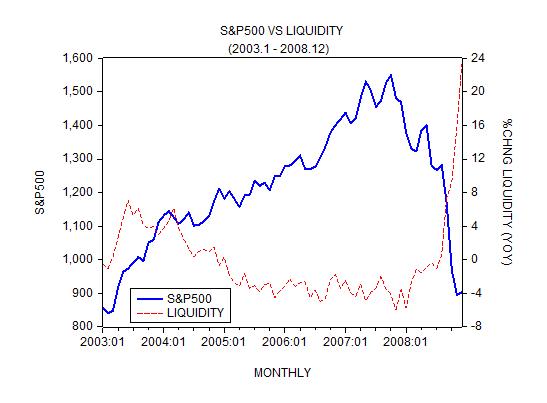 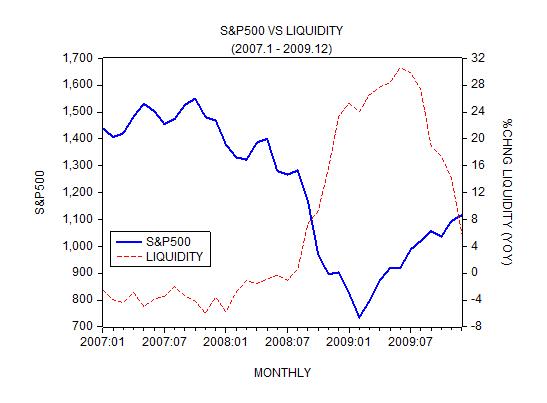 What is the current state of US liquidity and where is the S&P500 heading?

Now if we were to assume a time lag of around six years, then we can suggest that based on the peak in liquidity in June 2009 the level of the S&P500 of 2,061 reached so far in March this year could be not far from the top. 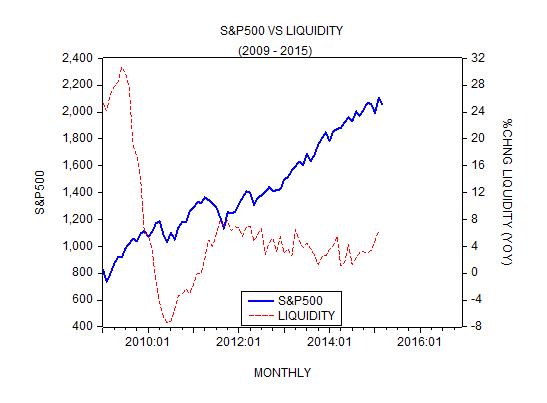 2 replies on “How liquidity drives the US stock market”