Stability in the yearly rate of growth of the PCE less food and energy price deflator is regarded as very important thing for most economists. It is held that a stable price level will make the movement in the relative prices of goods and services more visible, thereby allowing a more efficient allocation of resources.

There is the danger that focusing on so-called price stability may cause economists to overlook the underlying factor that is likely to set in motion an economic bust. We suggest that this underlying factor is the decline in the growth momentum of money supply during October 2011 to October 2013. 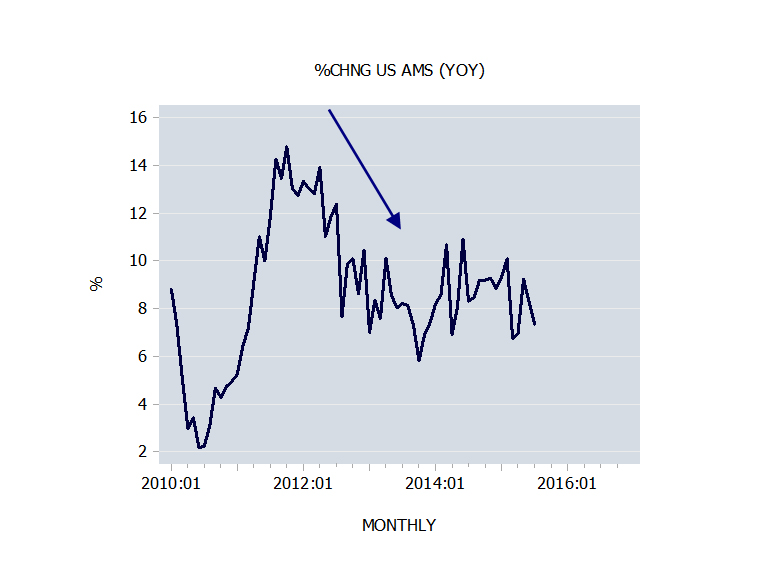 Note that during 1927 to the end of 1928 the US consumer price index was displaying relative stability (see chart on the left below).

This caused many commentators to suggest that the US economy had reached a state of economic stability and to ignore the fact that the growth momentum of money supply fell sharply during February 1925 to June 1927.

This sharp decline set in motion an economic bust of the stock market in October 1929 and the following collapse of economic activity.

According to Murray Rothbard,

One of the reasons that most economists of the 1920’s did not recognize the existence of an inflationary problem was the widespread adoption of a stable price level as the goal and criterion for monetary policy……. The fact that general prices were more or less stable during the 1920’s told most economists that there as no inflationary threat, and therefore the events of the great depression caught them completely unaware.[1]

(Note that for most economists inflation is persistent rises in prices rather than increases in money supply).

We suggest that the severity of a bust is dictated by the state of the pool of real wealth i.e. whether there are still a sufficient number of wealth generators to support various bubble activities that have emerged on the back of the loose monetary policy of the Fed. 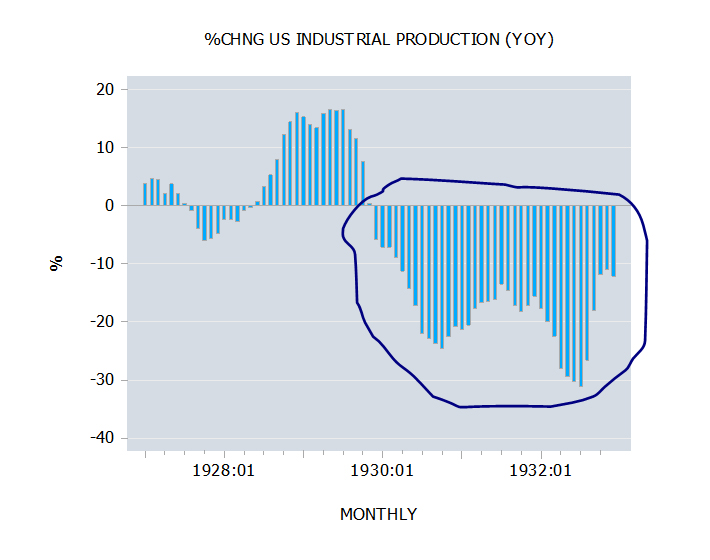