With regard to the vexed issue of the renminbi, let’s focus on the basics. The official response to July’s stock market collapse saw loans to non-bank financials (the PPT) rise CNY891bln. Many of the recipients, the bailees, took their funds and either moved them abroad or paid back external loans, causing a record CNY242bln efflux. Trying to cap the yuan in face of this meant the PBoC sitting on the offer and stultifying trading all month – an embarrassment to their SDR ambitions, as signalled by the IMF’s Aug 5th decision to delay entry. Trapped between these competing imperatives, the PBoC made a virtue of necessity and briefly allowed the parity to move up before strong-arming those supposed agents of the new market mechanism into braking its rise once more. The upshot? China’s FX reserve- and outside (CB)-dominated money supply CAN be bolstered by domestic means, but it cannot then hold the peg. So, no beggar-thy-neighbour, but no beggar-thyself, either! 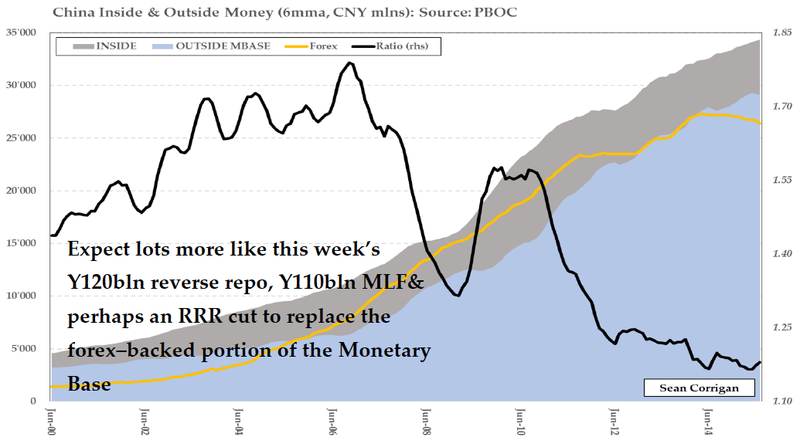 Even before the PBoC shocked the markets last week with this departure, we were writing that gold looked to be due for a bounce. Elevated spec shorts and a net position no longer strongly long, negative forward rates, and a wide put-call skew all testified to the potential for a short-squeeze. Add in the fact that gold—in its customary anti-commodity role—frequently rallies against the industrials at times of financial stress or economic weakness and the conviction mounted that we were due a bounce. Since the events of the 11th, however, the world has been awash with rumour, ten-cent hypothesizing, conspiracy theory, and wild-eyed monetary mumbo-jumbo to try to argue that China is about to send the metal soaring once again.

Not the least of such factors was the sudden announcement—after six long years of paranoid radio silence—that the country’s gold reserves were some 57% more voluminous than had been made public. Following hard on the heels of this revelation, we then learned that a further 610,000 ounces had been acquired in July—a timely declaration also now become obligatory as part of the SDR inclusion drive.

But, please: let’s not become too carried away with lofty talk of geopolitical schemes to sabotage Dollar Imperialism, or give overmuch credence to whispers of crafty, slow-maturing plans to restore a gold-backed currency to a country which is not only desperate to inject more credit into a creaking superstructure of malinvestment and bad lending and which is allegedly seeking simultaneously to devalue the yuan in order to boost exports, but which actually only ever had a silver-backed one! 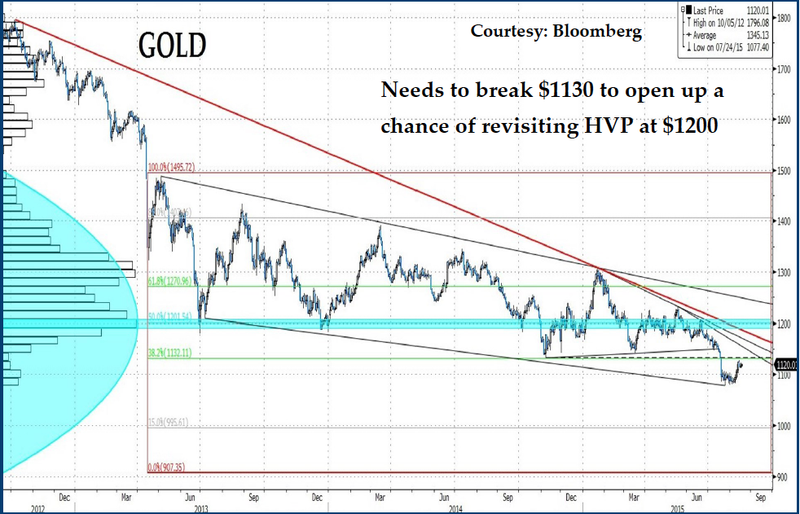 Long hours of trying to reconcile the conflicting and partial Chinese data on gold have yielded little result other than to say that reserves appear to be held at some sort of yuan historic cost measure on the PBoC’s books while being declared in mark-to-market dollars in the reserve total. What we might note, however, is that the authorities themselves have intimated that they might be absorbing domestic mine output (together with scrap resales). This would both help bail-out the diggers and stabilize the money supply itself in the face of ongoing FX purchases, as discussed above. As such, the injection is likely to be more ‘high-powered’ than that attained by giving over-burdened banks new assets. It might also forestall distress selling of collateralized gold in the manner of that which has afflicted, e.g., copper.

Is this supportive? Yes, perhaps. Based on what we know now, is it likely to prove decisive? Emphatically not.

Written By
Sean Corrigan
More from Sean Corrigan
In the bank’s most recent report on the troubles currently afflicting the...
Read More