Last week the Chinese government decided to depreciate its currency on three consecutive occasions. On Thursday the price of the US$ was trading at 6.413 – an increase of 3.3% against July. The key factor behind the central bank’s lowering of the Yuan is a sharp decline in the growth momentum of exports with the yearly rate of growth falling to minus 8.3% in July from 2.8% in June.

It is held that by means of currency depreciation that it is possible to strengthen the export of goods and services, thereby strengthening gross domestic product (GDP), which currently displays a visible weakening. The yearly rate of growth of real GDP stood at 7% in Q2 against 7.5% in Q2 last year and 8.6% in Q1 2012. 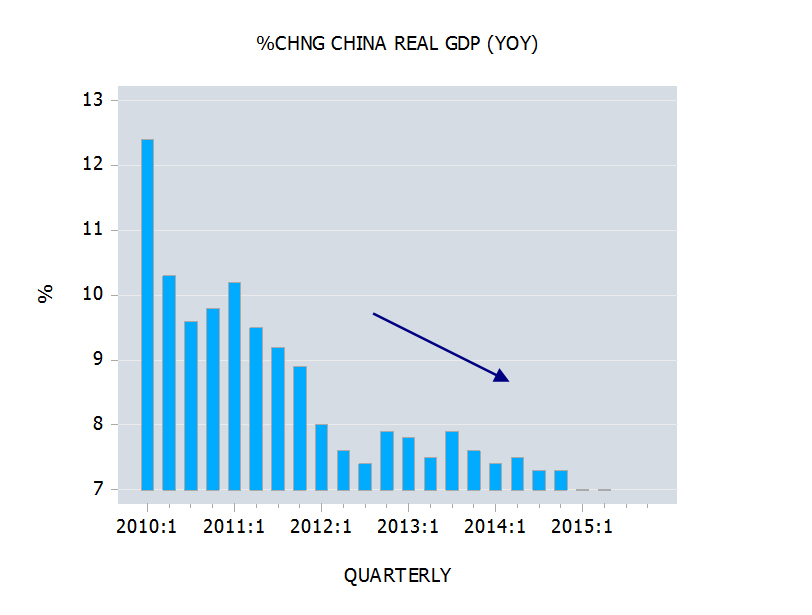 From this way of thinking it follows that since overseas demand for a country’s goods and services is an important ingredient in setting the pace of economic growth it makes a lot of sense to make locally produced goods and services attractive to foreigners. One of the ways to boost foreigners demand for domestically produced goods is by making the prices of these goods more attractive.

One of the ways of boosting their competitiveness is for the Chinese to depreciate the Yuan against the US$. Based on this one can reach the conclusion that as a result of currency depreciation, all other things being equal, the overall demand for domestically produced goods is likely to increase whilst also lowering Chinese demand for American goods. This in turn will give rise to a better balance of payments and in turn to a stronger economic growth in terms of GDP. What we have here as far as the Chinese is concerned is more exports and less imports, which according to mainstream thinking is great news for economic growth.

When a central bank announces a loosening in its monetary stance this leads to a quick response by participants in the foreign exchange market through selling the domestic currency in favour of other currencies, thereby leading to domestic currency depreciation. In response to this various producers now find it more attractive to boost their exports. In order to fund the increase in production, producers approach commercial banks, which on account of a rise in central bank monetary pumping are happy to expand their credit at lower interest rates.

By means of new credit producers can now secure resources required to expand their production of goods in order to accommodate overseas demand. In other words, by means of newly created credit producers divert real resources from other activities. As long as domestic prices remain intact exporters record an increase in profits. (For a given amount of foreign money earned they now get more in terms of domestic money). The so-called improved competitiveness on account of currency depreciation in fact amounts to economic impoverishment. The improved competitiveness means that the citizens of a country are now getting less real imports for a given amount of real exports. While the country is getting rich in terms of foreign currency it is getting poor in terms of real wealth i.e. in terms of the goods and services required for maintaining people’s life and well beings. As time goes by the effects of loose monetary policy filters through a broad spectrum of prices of goods and services and ultimately undermines exporters’ profits. A rise in prices puts an end to the illusory attempt to create economic prosperity out of thin air.

According to Ludwig von Mises,

The much talked about advantages which devaluation secures in foreign trade and tourism, are entirely due to the fact that the adjustment of domestic prices and wage rates to the state of affairs created by devaluation requires some time. As long as this adjustment process is not yet completed, exporting is encouraged and importing is discouraged. However, this merely means that in this interval the citizens of the devaluating country are getting less for what they are selling abroad and paying more for what they are buying abroad; concomitantly they must restrict their consumption. This effect may appear as a boon in the opinion of those for whom the balance of trade is the yardstick of a nation’s welfare. In plain language it is to be described in this way: The British citizen must export more British goods in order to buy that quantity of tea which he received before the devaluation for a smaller quantity of exported British goods.[1]

Contrast the policy of currency depreciation with a conservative policy where money is not expanding. Under these conditions, when the pool of real wealth is expanding the purchasing power of money will follow suit. This, all other things being equal, leads to currency appreciation. With the expansion in the production of goods and services and consequently falling prices and declining production costs, local producers can improve their profitability and their competitiveness in overseas markets while the currency is actually appreciating.

We suggest that the economic slowdown in China was set in motion a long time ago when the yearly rate of growth of money supply fell from 39.3% in January 2010 to 1.8% by April 2012. The effect of this massive decline in the growth momentum of money puts severe pressure on bubble activities and in turn on various key economic activity data. Any tampering with the currency rate of exchange can only make things much worse as far as the allocation of scarce resources is concerned. 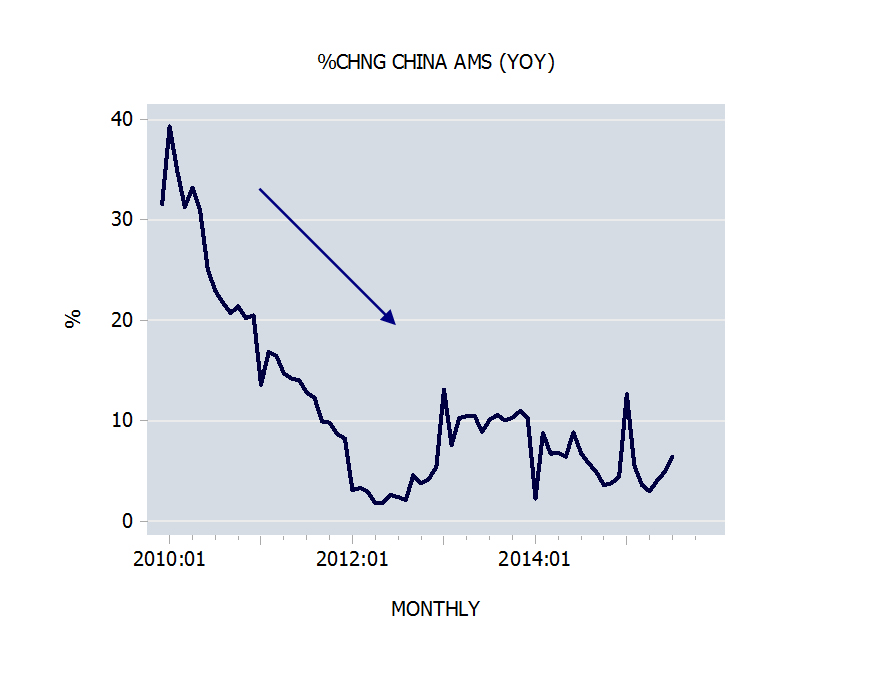 0 replies on “Will China’s currency depreciation help the economy?”