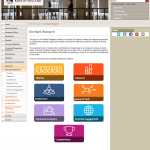 The Bank of England launched its “One Bank Research” programme last year. They write:

Through our One Bank Research initiative, the Bank of England is taking an integrated approach to increase the quantity, quality and impact of the Bank’s research across all aspects of central banking.

We hoped they would challenge the orthodoxy with a research revolution. Alas, so far there is not much sign of the progress we would like. Indeed, with a proposal to abolish cash and implement negative interest rates, the need for a paradigm shift in economic thought is ever more pressing.

Here are five areas for research which would cut to the heart of the problem of central banking and fiat money today:

The Bank might also investigate Gross Domestic Output (measuring all stages of production), definitions of money and alternative currencies.

We are ready to help.