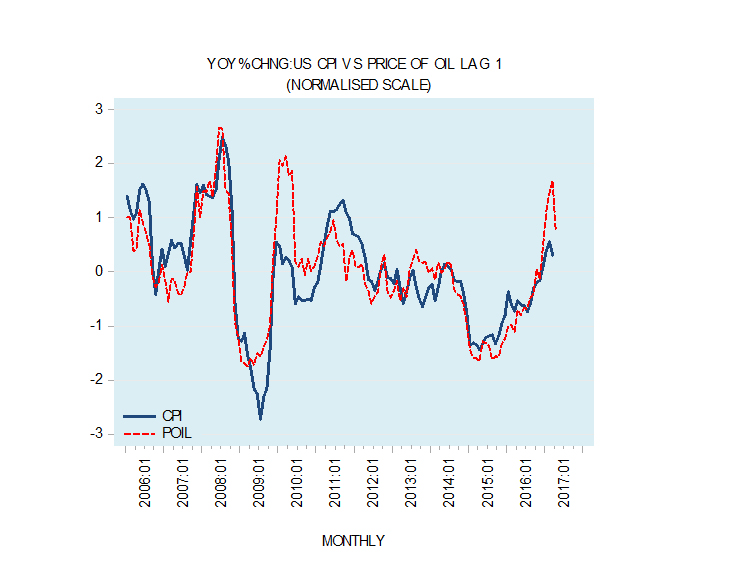 But is it valid to suggest that a price of an important input such as oil is a key determinant of the prices of goods and services?

Now producers of goods and services set asking prices. It is also true that producers whilst setting prices take into account various production costs including the cost of energy.

On this Mises wrote,

The consumers patronize those shops in which they can buy what they want at the cheapest price. Their buying and their abstention from buying decides who should own and run the plants and the farms. They determine precisely what should be produced, in what quality, and in what quantities.[1]

In a money economy, price will be the amount of money divided by the first good.  A price is the sum of money paid for a unit of a good.

If the stock of money rises whilst all other things remain intact obviously this must lead to more money being spent on the unchanged stock of goods– an increase in the average price of goods. (The term average is used here in conceptual form. We are well aware that such an average cannot be computed).

If the price of oil goes up and if people continue to use the same amount of oil as before then this means that people are now forced to allocate more money for oil. If people’s money stock remains unchanged then this means that less money is available for other goods and services, all other things being equal. This of course implies that the average price of other goods and services must come off.

Note that the overall money spent on goods does not change – only the composition of spending has altered here, with more on oil and less on other goods. Hence, the average price of goods or money per unit of good remains unchanged.

Even if this were to be the case, because of a lengthy time lag from changes in money to price inflation in the short run this would have almost no effect on the growth momentum of the CPI.

After peaking at 13.1% in July 2012 the 12-mma of the yearly growth rate of our monetary measure AMS has been in a visible downtrend for the US, closing at 8.9% by March this year. Based on this we can suggest that the growth momentum of prices of goods and services is likely to follow a downtrend in the months ahead.

Note that our conclusion regarding the future growth rate of prices of goods and services is based on core principles rather than simply relying on statistical correlation – the technique used and regarded as so important by many economic analysts. We have shown that the core driver of general increases in prices of goods and services is money supply (AMS) growth that in turn is driven by central and commercial bank money creation, not the price of oil. 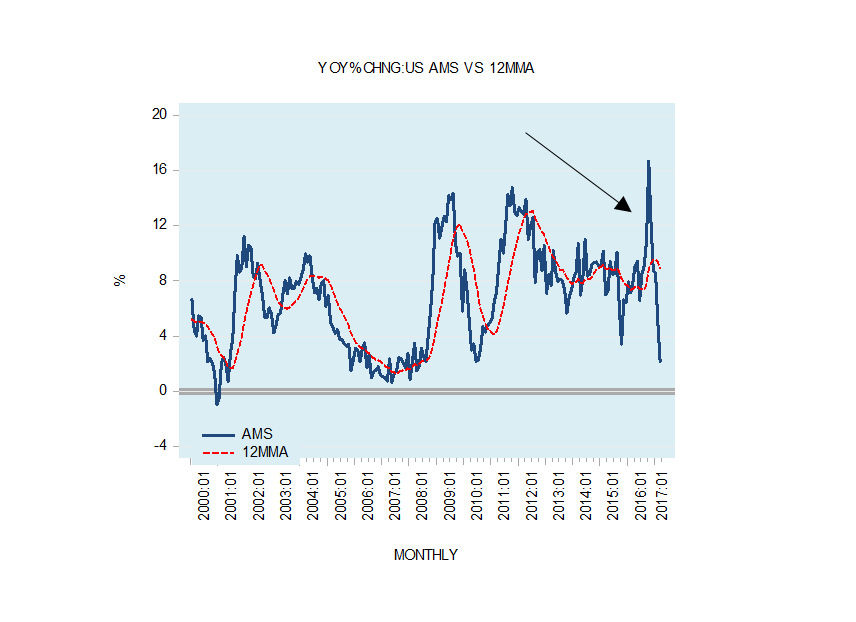 One reply on “Does the price of oil determine general increases in the prices of goods and services?”