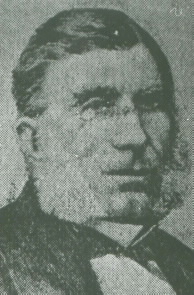 In 1952, the British economist Marjorie Grice-Hutchinson discovered that the Spanish scholastics of the seventeenth century, gathered around the School of Salamanca, developed very similar ideas to those that centuries later would defend the Austrian School of Economics, such as the subjective theory of value, the dynamic vision of competition, the time preference principle, and the harmful effects of inflation.

However, this has not been the only contribution made by Spain to the consolidation of the Austrian School. In the mid-nineteenth century, we can find another antecedent in the work of Luis María Pastor Copo (1804-1872), a theoretician who formulated theories and economic policy proposals that demonstrate a knowledge of economics somewhat higher than what is usually assumed to the authors of that period. Unfortunately, very little has been written about him. Instead, he has been condemned to oblivion, even among liberal economists.

Our author was born in Barcelona to a modest family. After finishing his law degree, he successfully practiced the profession in several cities of the country, including Madrid, where his interest in economic issues awoke. Indeed, he was to become the most prominent member of the so-called “Spanish Economist School” (Escuela Economista Española), a school of thought inspired by the English classics and the French liberals led by Frédéric Bastiat.

He disseminated his ideas through an extensive literature, in which similarities can be found with the discoveries that years later would make famous Austrian economists such as Eugen von Böhm-Bawerk, Ludwig von Mises and Friedrich Hayek. Here are just as some of his most important ideas.

Capital and Interest: Laying the Groundwork for Böhm-Bawerk

In his book Lecciones de Economía Política (Lessons in Political Economy, 1868), Pastor defines capital as “a pre-existing work, which serves to be invested in a later work. Or, what is more accurate, is the production that is renewed and accumulated to facilitate another successive production “.  Capital can be of two kinds: fixed and floating, the former is one that does not fall apart in the production process but can be used to produce several times (e.g. a machine or a building). The latter contributes to the creation of the final product, but “disappears” during the production process (e.g. oil used to lubricate a machine).

Production results from the combination of labor, land and capital. Many times, these three factors do not belong to a single owner. In that case, it is necessary that each factor receives a proportionate compensation according to the part that corresponds to it in the final product. The remuneration of labour is the wage, that of the land is the rent, and that of the capital, if it is fixed, the lease, and if it is floating, the interest, which also applies to money.

Interest charge has always been a controversial issue. Pastor defends it, explaining that when a saver has collected a considerable amount of money, instead of keeping it inert, it is legitimate to give it to another person so that the latter can invest it profitably. Because that investment might be very lucrative, it is fair that the person who loaned the money in the first place receives compensation for it. In his defence of interest, Pastor opposed the so-called usury laws promulgated in his days, which sought to ceilings on the interest rates charged by lenders. In his opinion, only the credit extension is what effectively contributes to interest reduction.

We can see that Pastor seems to raise an idea that would be developed years later by Austrian economist Eugen Böhm-Bawerk: that capital has a heterogeneous nature. On the one hand, it is a factor of production, on the other, a fund that generates interest. However, Pastor barely presented an explanation of the interest charged on the borrowed capital. Böhm-Bawerk went much further, since he devoted himself to the integral study of the phenomenon of interest.

Economic Cycles and Banking: Following in the Footsteps of Mises and Hayek (Before They Existed)

Before setting out Pastor´s theory, it is important to point out the historical context. At the time of Pastor, the monetary and banking system was much freer than now: banks could issue their own banknotes, as long as they were backed by metallic reserves. The banknote carrier could go to his bank at any time to claim the metal, though. Yet, with passage of time, governments realized that they could take charge of banknotes issuance. For that, they established chartered banks that could issue banknotes with little or no metallic support.

In his economic crises research, Pastor discovered that these have four main characteristics: they always occur in countries that have banks privileged by the government, there is a progressive increase in the banknotes issuance and a decrease in metallic reserves, before the catastrophe there is an extraordinary prosperity period, and the outbreak of the crisis is due to the inability to comply with the liabilities made.

Therefore, Pastor deduces that economic crises have a monetary origin. He joins the pieces of his analysis in the following way: first, the privileged banks issue a considerable amount of banknotes, without the proper metallic support. The existence of these fiduciary leads to a credit supply expansion that, in turn, causes an artificial reduction in interest rates. Given this influx of cheap capital, entrepreneurs will develop all kinds of productive projects.

Welcome to the boom! That is, the state of apparent prosperity that precedes any crisis. To start new projects, entrepreneurs will demand more work, which will generate a wage rise and, as a result, consumer goods will become more expensive. Public opinion is that this is a moment of exceptional prosperity, so the desire for luxury is extended, immense orders are executed, many of them abroad, and everyone contracts financial obligations without worrying about how they are going to be fulfilled.

The credit expansion continues, because the privileged banks have no brake. But soon, a sense of panic will arise in the face of rising prices, which translates into a loss of currency value. Faced with this situation, economic agents will seek to get rid of their money. Some will try to return their banknotes and hoard metal. The time will come when banks will not be able to exchange notes for metal, so they will lose all credibility, circulation stops, and the crisis erupts.

Pastor’s explanation of the crisis is similar to that of the Currency School, which is contemporary with him. For many years, the theory remained discredited, until the twentieth century, when Ludwig von Mises saw a use in it, corrected some aspects, and added other very important ones, such as the inclusion of checking accounts in the analysis of credit expansion, or the need of the crisis as a corrective phase of the economic cycle. Hayek would continue this path of theoretical development.

The topic that dominated the economic debate in the second half of the nineteenth century in most of Europe was free trade against protectionism. As expected, Pastor was a staunch defender of the former. His case for free trade is based on the assumption that state protection promotes the development of industries without a future in the competitive world, which translates into a loss of value for the consumer, who is forced to consume lower quality products, at a higher price.

Pastor faced ardent defenders of protectionism, like the Catalan industrialist Joan Güell i Ferrer, and some more moderate ones like the politician Juan Bravo Murillo. The debate with the latter about the importance of the balance of payments has become famous.

According to Pastor, deficits in balance of payments is not always negative. In his opinion, it should not cause concern as long as enough credit was obtained to finance it, and the formula for it was to allow free trade. On the other hand, he also questioned how to account for exchanges with foreign countries, for ignoring operations that were not directly related to the import and export of goods.

The points to which Pastor alludes can also be found in the Austrian theory of international trade, where the trade deficit has no negative connotation. Even for some authors like Robert Murphy it is consistent with a healthy and productive economy. However, the Austrians recognize that a trade deficit in a monetary system based on gold, such as Pastor’s, is not the same as one based on fiat money. Similarly, Austrians have also been critical of foreign trade accounting, which seems to leave out the sale of financial assets.

For his defense of private property, Pastor recounts the evolution of human society. In this regard, he affirms that when individuals multiplied on the face of the earth, everyone would feel the impulse to appropriate those things that surrounded them to satisfy their vital needs. In theory, everyone had the same right, so it was necessary to regulate it to avoid conflicts.

The basis of such regulation was the priority principle. Pastor says that if a man has used his hands to break a tree and build a hut, he cannot allow another man who has not contributed anything in its construction to occupy it. Every individual has a natural desire to use quietly and exclusively everything he acquires, in this specific case due to his work. This is how the concept of private property emerges, which for Pastor is the fundamental basis of political economy.  Private property is the only means by which the use of scarce resources can be effectively regulated. Hence Pastor’s scepticism towards all those doctrines, such as socialism, that advocated the private property abolition and the state intrusion in the process of private creation of wealth. In his opinion, because socialism denies the basic axiom of political economy (private property), it is unscientific and is doomed to failure.

Half a century later, these visionary ideas would come from the pen of Ludwig von Mises, who in his theorem of the impossibility of socialism explains that if there is no private property on the means of production, then there can be no market prices for them, which makes economic calculation impossible, which leads to … perfect chaos. Therefore, according to Mises, the fatal error of socialism is the absence of private property in the factors of production.

This is a rough presentation of the points of similarity between Luis María Pastor and the Austrian theorists. As in the 1950s the School of Salamanca was taken out of oblivion, earning a place in the Austrian School genealogy, hopefully the same will be done with the Spanish Economist School in general, and with Pastor in particular. Certainly, our author did not achieve the theoretical sophistication of Menger, Böhm-Bawerk, Mises, Hayek or Rothbard, but he certainly set an important precedent, both for the study of economic science and for liberalism.

David Chávez Salazar is an intern at the Austrian Economics Center and holds a B.S. in economics and complementary studies in macroeconometric forecasting and capital markets. He is a columnist in different libertarian media, editor of Notas Libertarias, and founder of the Larry Sechrest Institute.

There must be a universal speech template included in the monetary textbook that is shared among the various central banks. On September 28, 2015,…