This year is just different. Increasingly so. Not just in one or two places, either, but in way too many places. In Japan, for instance, real Household Spending rose by the smallest amount in July, according to the latest estimates from Statistics Japan. In 2017, this would have been a worrisome sign. In 2018, it counts as one of the best months of the year. 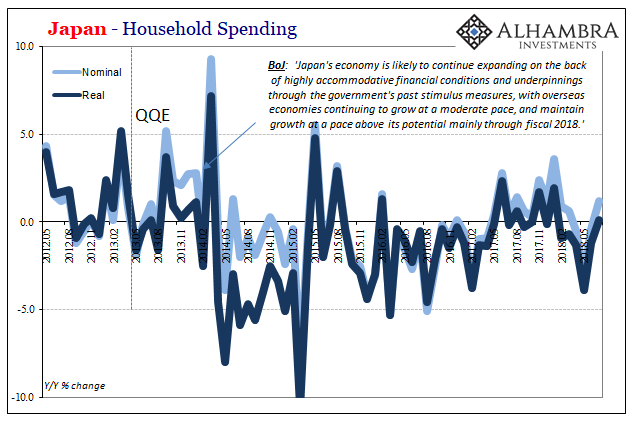 There is always noise in these high frequency data series. Nothing ever goes in a straight line. Even during upturns, there are bad months just as there are good ones when any economy overall is behaving the wrong way. It ends up being like technical analysis of the stock market, a macro analysis that puts stock in higher highs and higher lows or, as in 2018, lower highs and lower lows.

Like Canadian payrolls, “something” really changed around January (to which it started to shifting about a year ago). Reflation #3 was sailing along never very momentous but at least most indications were moving in the right direction. It actually was synchronized. Once the dollar turned, however, it’s an entirely different regime. 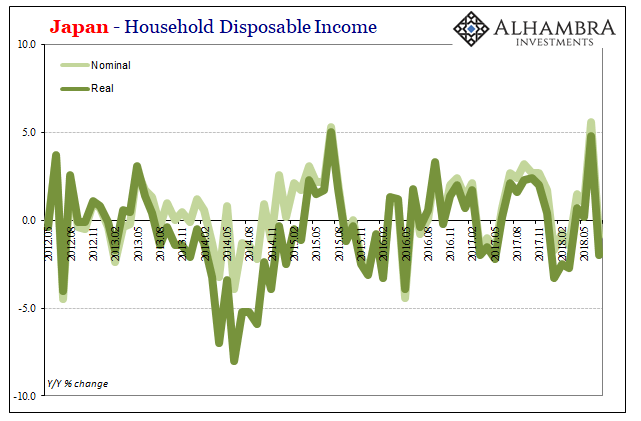 The worst news, as far as Japan goes to this point, is Household Income. Outside of the big pay bump in June 2018, incomes have fallen in every other month but one. That includes, disappointingly, the latest data on July. In real terms, Household Income increased in each of the last seven months of 2017 (substantially in six of those). This year, incomes have fallen by at least 2% in half of the months so far.

The reflation indications are increasingly exhausted. Industrial Production in Japan, perhaps the best global signal, expanded by 2.3% year-over-year (unadjusted) also in July. That’s certainly better than the first contraction in two years posted in June, but not meaningfully so. Again, lower highs and lower lows. 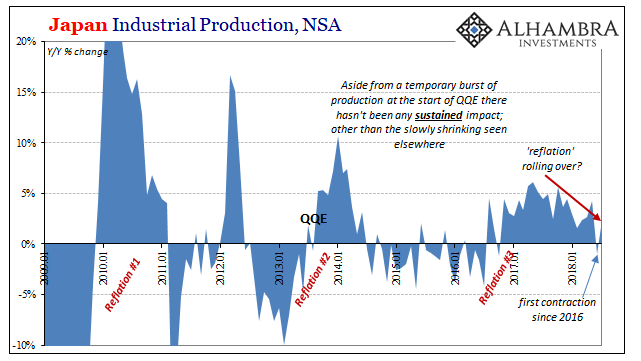 The seasonally-adjusted series on IP shows the inflection with very good clarity. Month-over-month, Japanese industry has slumped for three in a row to July 2018. That’s the first three-month slump since 2014 in the immediate aftermath of the tax hike debacle. 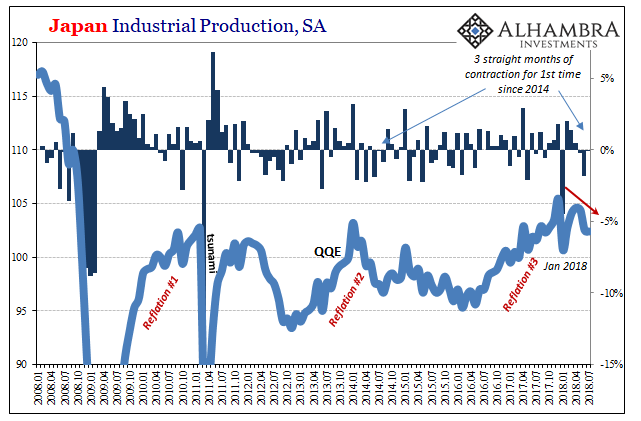 The global dominos are tipping, though in Japan’s case that wouldn’t be so unusual. Still, that the Japanese economy may have gone back to its “native” decrepit state when it did is significant for its synchronization. 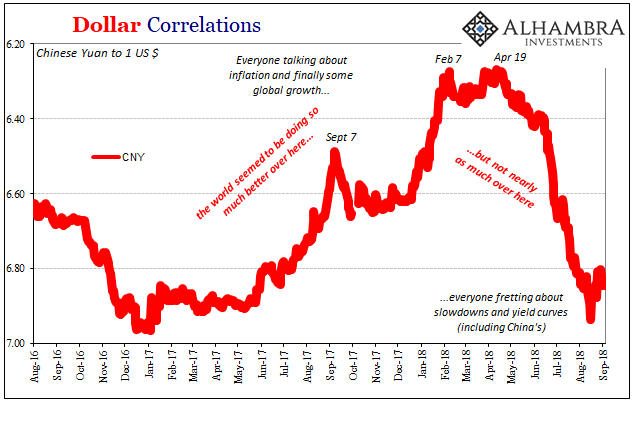 Written By
Other Writer
More from Other Writer
I would like to congratulate drugs… for winning the war on drugs....
Read More

0 replies on “Japan’s Not Really A Domino, Though The Timing Is Right”