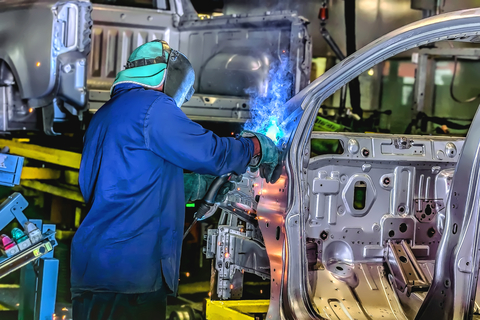 In 2015, the Organisation for Economic Co-operation and Development (OECD) wrote: “Productivity is the ultimate engine of growth in the global economy. Raising productivity is therefore a fundamental challenge for countries going forward.” Yet its 2019 Compendium of Productivity Indicators showed that productivity had continued to decelerate throughout the past decade. But what exactly is productivity, and why does it matter?

In economic theory, productivity is commonly defined as the ratio between the output volume and the input volume. In other words, it measures how efficiently production inputs, such as labor and capital, are being used in an economy to produce a given level of output, such as gross domestic product (GDP).

Explanations for the drop

It reveals that, in line with previous releases, the average productivity growth per year continues to decelerate. Countries such as the United States, Germany, Austria and Switzerland were able to increase their productivity by less than 1 percent annually; France by 1.1 percent.

The OECD makes a direct connection between the lack of productivity growth and the labor market: In France, Germany and the United Kingdom, the three sectors with the largest employment gains between 2010 and 2017 accounted for a third of total job creation but paid below-average wages. In Belgium, Finland, Italy and Spain, industries with above-average labor productivity levels saw net job losses.

Economists have been developing theories for the decline of productivity growth in developed economies. The most relevant are these, though they should all be taken with a grain of salt:

Then, there is the current economic crisis, triggered by the coronavirus. In the first two quarters of 2020, most economies fell into a recession prompted by measures to counter the outbreak of Covid-19. The number of hours worked also decreased. People were laid off, put on furlough or given part-time positions. However, the reduction of hours worked (input) was disproportionately large compared to the decrease in GDP (output), resulting in higher productivity.

Between 2010 and 2018, productivity in Switzerland rose by 0.7 percent annually. In Austria, the increase was 0.8 percent and in Germany, 0.9 percent. France recorded one of the highest values, with 1.1 percent, and the U.S. one of the worst with 0.5 percent. During the coronavirus crisis, the figures changed. Between the fourth quarter of 2019 and the second quarter of 2020, Switzerland increased its GDP per hour worked by more than 25 percent. Austria even managed to break the 28 percent mark. Germany increased productivity by 12 percent, France by 11 percent, and the U.S. by 10 percent.

Several factors make assessing this short-term surge of productivity difficult. First, most of the data is either preliminary or based on estimates. Second, as mentioned earlier, GDP is not only formed by labor, but also by capital – it would be an exaggeration to attribute the entire surge to labor productivity. Third, the data for the pre-coronavirus period is on a yearly basis, while the data for the Covid-19 crisis is only for two quarters. Despite all these caveats, the trend is interesting. And it is clear: labor productivity surged during the crisis.

Explaining this trend depends on which of the above theories one chooses to believe. Once we combine them, however, four explanations come to mind, from which scenarios can be drawn. Two of these scenarios are optimistic and two pessimistic. None of them are mutually exclusive.

First, at least in the short run, deregulation and digitization boosted productivity in unparalleled ways. During the crisis, most countries allowed for some flexibility in their rigid labor laws. Employees could work remotely, determine their working hours and adapt their hours worked to the amount of work they had. At the same time, companies were more open to incorporate technology such as video-conferencing or remote access into their employees’ work processes. The question is now whether regulators and the private sector are willing to continue deregulation and digitization. If they do, productivity will continue increasing – most probably not at the same rate as during the crisis, but at least at a much higher rate than between 2010-2018.

Second, reengineering of the work processes, more communication and management by objectives or by exception led to the surge of productivity. Because of the measures taken to counter the pandemic, many work-related processes had to be rethought. People were prevented from interacting with each other in the same intensity as before, and management had to take a more hands-off approach.

At the same time, coordinating people’s tasks (notably in the service industry), working in shifts and working remotely became crucial. The combination of rationalizing processes, better thought-through coordination and focus on self-directed work led to the sharp productivity increase.

In this explanation, technology and deregulation do not play a role. Such factors might have helped, but the reason for the surge lies in the management of work processes. If businesses continue along this path – applying an industrial logic to the service sector – productivity can grow, even if there is no deregulation or no digitization.

Third, the surge in productivity happened due to a selection process in the labor market. Less productive members of the labor force were the first to lose their jobs or be put into part-time work. This naturally led to an increase in efficiency. As soon as these less productive workers return, productivity will dip again.

Finally, the surge of productivity is the fruit of the wrong measurement. It only happened because the metrics do not take outside forces into account. In this case, the outside factors involved higher probabilities of depression or other psychological effects on the people not working or working less, more stress for people working with increased flexibility or remotely, or the loss of social contact at work. Some of these factors will persist even as people return to their work routines. So, what at first seems like a surge in productivity is an even larger loss than before the coronavirus crisis.

In developed economies, labor productivity has been weakening. This amounts both to a loss of competitiveness and to less welfare for the individuals working. During the first two quarters of 2020, labor productivity rose to unprecedented levels. While caution about the precise measurement is warranted, the trend is established. Economics, however, has difficulty explaining why this surge happened and what the path forward should be.

Nevertheless, a combination of deregulation, digitization and optimization of business processes, especially in the service sector, helps raise productivity. The real surprise is that while all this may be common sense for a businessperson, it comes as a revelation to so many professional economists.

Henrique Schneider is the Chief Economist of the Swiss Federation of Small and Medium Enterprises.

Most economists concur with the view that what keeps the economy going is consumption expenditure. Furthermore, it is generally held that spending rather than…