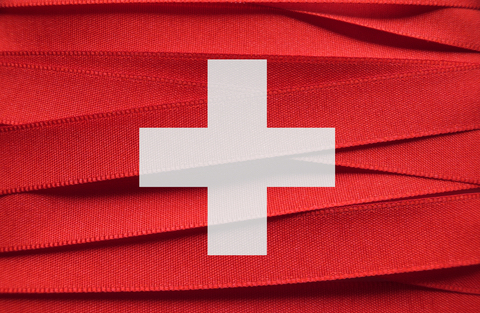 One particularly important lesson to learn from the Covid-19 drama is which political decisions could help companies through the crisis. It seems natural that during such times many political or economic approaches easily fall out of favor. Nonetheless, there are some principled ways of steering through a crisis.

One worthwhile lesson comes from Switzerland and has to do with the “liquidity facility” devised in that country to help its enterprises cope with the crisis. The facility was set up to help companies maintain their liquidity during the government-imposed lockdown. It was not a mere aid measure as it also preserved principles such as individual responsibility and fiscal discipline – to a degree at least. Learning from the Swiss experience with the facility first requires separating what has worked from what needs improvement in the crisis-response toolbox.

This is not the place to discuss the adequacy of government measures to try to contain the spread of Covid-19. In many countries, these measures involved a lockdown in which the government required much of the economy to close down, encouraged companies to shift to remote work, and discouraged people from frequenting public venues. Consequently, companies faced a severe decline in gross sales, at least in the short run. In turn, this had to lead to a liquidity squeeze, threatening to force even otherwise solid firms into bankruptcy. Such was the situation in Switzerland, as well as in many other economies.

Most companies in any economy are small and medium-sized enterprises, or SMEs. Firms with less than 250 employees usually account for more than 99 percent of the total number of any economy’s businesses and hold above 60 percent of its jobs. In Switzerland, SMEs provide almost 70 percent of all employment and create over 60 percent of the country’s added value. However, these enterprises operate with little liquidity.

The rationale for a liquidity facility

At its core, liquidity assesses a business’s ability to pay its bills when they are due. Every day’s business runs on the flow of incoming and outgoing cash and near-cash transactions. A company may be very profitable, but if it has no money to cover wages, rent, electricity and other bills, it is at risk of failing. This even applies to solidly financed firms. They may have enough assets, but if these are locked in long-term investments, they cannot serve current cash needs. Without liquidity, there is no short-term operation of any firm.

In Switzerland – and surely in most other countries – SMEs show only a thin ratio of current assets to current debt. This ratio (calculated by dividing total existing assets by total current liabilities) is also called the working capital ratio. According to OECD data, the ratio has been declining steadily over the past decades in most developed economies. Today, companies tend to have little or no liquidity reserves. A diminished inflow of cash inevitably had to be expected from the Covid-19 countermeasures.

With lower inflows of cash, SMEs, especially, would have had trouble maintaining their day-to-day operations, paying their bills and, especially, wages to their employees. Conversely, maintaining the liquidity of companies would alleviate possible nefarious consequences of businesses in distress, such as bankruptcy and its ripple effects along chains of value creation, job losses or forced foreclosure.

The design of the facility

The liquidity facility was intended to bridge short-term liquidity needs, especially those of SMEs. By providing a quickly approved, government-secured no-interest loan to affected firms, the facility allows companies to maintain their day-to-day operations. Here are the nuts and bolts:

Two final remarks about the liquidity facility rules: First, it could only bridge the company’s liquidity needs for a maximum of three months, so each applicant can only be assessed once. Second, the entire process should not take more than three days. Liquidity is an urgent matter.

Once the crisis – marked by a decline of business activity because of the spread of the coronavirus and the subsequent measures implemented to ameliorate it – abates, the economy needs to rebound. The more SMEs are left operating, the speedier the economy can recover and the quicker new jobs can be offered. The liquidity facility helps keep alive firms that are otherwise solidly financed and productive. In addressing the cash flow needs of SMEs, the facility shores up the economy’s backbone.

Also, the facility is fiscally responsible as it is conceived as a provider of loans. Even in the medium term, it has little impact on public spending and does not lead to new taxes, since most loans are paid back. This is the reason for excluding the firms already suffering from liquidity shortage, companies in liquidation and overleveraged entities from receiving access to its loans.

The facility’s final advantage is its reliance on the responsibility of entrepreneurs. It neither bails out nor provides helicopter money. It is a loan that must be repaid. Businesses will add the loan to their balance sheet, which, in turn, influences their business decisions and relationships. In short, companies accessing the facility are held responsible for the move.

Classical liberals and fiscal conservatives may object to the Swiss liquidity facility. It is not a task of governments to provide market liquidity, they can argue. Instead, it is the job of the entrepreneur to accumulate enough reserves for bad times. However, as public choice teaches us, the political sphere tends to intervene, especially in a crisis. Taking the political factor into account and accepting that intervention is the most likely course of events, it falls within the purview of classic liberalism and fiscal conservatism to develop proportionate responses. The liquidity facility is such a response.

A second, more challenging counterargument is the possibility of using the facility for arbitrage (taking advantage of differing prices for the same asset). A zero-interest five-year loan can be obtained by companies otherwise paying negative interest rates, which are increasingly common in Switzerland. Or, the loan could have been drawn and the means invested in other opportunities bringing positive yield.

In theory, the facility loans should only be used for securing liquidity. But since the algorithm does not fact-check the real use of either the funds provided or the need for liquidity – just whether the company is affected by the epidemiological countermeasures – there is little protection from arbitrage. On the other hand, since the loans are being paid back, little damage comes from the arbitrageur.

The third and more important negative factor is the basis on which the need for liquidity is calculated. Gross sales indicate little of a company’s short-term liabilities and other requirements for cash. These are marked by wages and rents to be paid, repayment of outstanding loans, servicing of capital and other expenses. Basing the loan on gross sales is a way to ensure the whole process takes no more than three days. Any other basis of calculation would have extended that period.

The Swiss liquidity facility has worked as designed. More than 150,000 companies accessed the loans and some are already paying the money back. However, it is worth asking how the facility could be improved to make businesses more resilient and policy responses more adequate in future crises. Three scenarios emerge here.

In the worst case, the liquidity facility becomes the object of political engineering to try to make it arbitrage-proof. Under this scenario, political logic trumps economic need. To discourage arbitrage, the midstream process is augmented by detailed checks on the company assessing the facility and its needs. This, in turn, leads to a longer waiting period and an undermining of banking secrecy rules.

A more realistic – but hardly optimistic – script involves the repayment period being extended, not requiring companies to show the loan on their balance sheets as debt and even a relief or cancellation of the loans. Such doctoring would transform a responsible intervention into a helicopter money scheme and, as such, a source of economic deadweight. In the end, this could prompt a public spending surge.

In a slightly optimistic but still realistic case, some modifications are made to the facility. First, the interest rate to be paid on the loan is tied to inflation plus a premium – of, say, 10 basis points. And second, the loan amount is defined as a function of the accessed company’s expanded working ratio. It comprises double the sum of wages, rents, expenses, amortizations, interest, and net current assets. With modifications, the loan can better address the specific needs of the accessing company and, at the same time, minimize the incentives to arbitrage.

The Swiss “liquidity facility” is a lesson to learn from the Covid-19-borne crisis. Despite the associated risks, it has helped private businesses while maintaining their incentive to stay productive and assume individual responsibility during the difficult stretch. It has contributed to strengthening the resilience of businesses and the whole economy.

However, it would not have been necessary to fall back on such solutions if the entrepreneurial system were more resilient. Contemporary management advice and taxation practices favor thin margins of liquidity and large corporate debt. Incentivizing businesses to maintain a high working capital ratio would make them more liquid and, therefore, more immune to disruptions in the economic system. A taxation system that rewards equity would increase the financial stability of businesses. Liquidity and capital are, after all, the core of the entrepreneurial responsibility.

Henrique Schneider is the chief economist of the Swiss Federation of Small and Medium-sized Enterprises as well as Professor of Economics at the Nordakademie University of Applied Sciences in Germany.

Written By
Other Writer
More from Other Writer
Source: http://www.zerohedge.com/news/2016-01-28/could-be-problem-chinas-debt-gdp-rises-gargantuan-346 In early 2015, after years of China’s massive debt pile being...
Read More