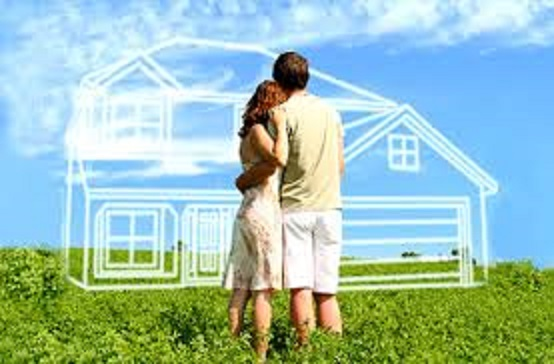 “I’ve got good news and bad news,” says the politician behind the podium – live on tv – sweat dripping from his brow…

“The value of your houses are going to fall – dramatically. Maybe by 50, 60 per cent – Maybe less, maybe more – I can’t exactly say by how much, but they’re going to fall, and they are going to fall badly. Some of you will decide that there is no point paying your mortgage any more – particularly if the value of your property is far lower than the balance outstanding. There is going to be lots of defaulting. That is going to result in more houses coming onto the market at knock down prices and house prices will fall even further. No one can say what it’s going to look like – or when it’s going to bottom out – but for a while it won’t be pretty… lots of people are going to lose years, even decades worth of investment in their property…”

“After this adjustment, no working person in this country is ever going to have to worry about being able to afford a house again because house prices will be so low that virtually anyone with a job will be able to afford one. The cost of renting is going to plummet. People are going to have more money lying around to spend on things that they feel will actually enrich their lives, instead of working four days to cover their rent and taxes to enjoy whatever they earn on the fifth. It’s going to be cheaper and easier to home and look after the poor in this country. We will be able to cut taxes because our welfare bill will be lower. We can solve the problem of -homelessness, and things won’t just be easier for first time buyers… Students won’t have to take on so much debt to study. More people will be able to afford to become self-employed. People will be able to study part time and also re-train. It’s going to be a difficult couple of years, but in the long run we will be seeing massive increases in living standards for the vast majority of people…”

Back in the real world, where the 11th commandment is “thou shalt not let house prices fall” house prices rose by 4255% in the UK between 1971 and 2011. Over 50% of young people in the UK believe they will never own a place to live.

Houses aren’t exactly expensive to build, a two bedroom timber-frame house costs 25,000 pounds. 3D printers can put one up for five grand, so why are homes so expensive to own or rent?

In the 1980s there was a huge housing boom in the UK driven by newly created money and credit which went into housing and pushed prices up. Homeowners were delighted. The Conservative government also introduced a “right to buy” policy on council houses, allowing people in government subsidised housing to buy those assets from the government at a low price. This boom made everyone feel very rich, but in 1989 the market topped out; and as the boom gave way to falling house prices people found themselves in negative equity where their mortgage may have been costing £120,000 while the house was now only worth £100,000. Many of them started asking themselves what they were even paying their mortgage for. Shortly after that the Bank of England put interest rates up. That made these mortgages even more expensive, and many people chose to just walk away. And so began the housing bust – there were tens of thousands of repossessions. This made the Conservative Party unelectable for half a generation.

The message was clear: Since only 10% or so of people want a house at any one time, and since owners are more likely to vote than renters, a golden rule must be established. It was written thus: you must prop up the housing market no matter what.

And that’s what Governments have been doing. Numerous regulations and restrictions on the use of land and buildings, such as planning and zoning laws, building codes, height restrictions and greenbelt policies restrict the supply of housing. While help-to-buy schemes, low interest rates, tax privileges for mortgage holders, and other policies drive demand through the roof. Meanwhile landlord registration, stamp duty, and HMO licencing which limits the number of unrelated people who can share a flat – in addition to the higher costs of purchase – push the price of renting skyward as landlords pass a large part of these costs onto their tenants.

When there is a crash the government will bail out banks, slash interest rates (to encourage borrowing and spending), and print lots and lots of money. Money printing encourages people to invest in property because money will not retain its purchasing power when more is being printed, whereas the value of housing is expected to appreciate faster than the rate of inflation. Low interest rates have the same effect. People don’t see the point in saving so they put the money into property and the stock market instead. The earlier you got onto the credit ladder the luckier you were, because the market hasn’t been allowed to correct for the staggering costs of living. Hardly anything can get built except for by a few large institutions.

The golden rule was in full force following the crash of 2008 when governments put into play massive quantitative easing measures, while the central banks printed money to prop up the economy leading to the price of everything – including housing – increasing as the value of the money dropped. Zero-interest policies made it cheaper and easier for people to borrow, the banks were bailed out to the tune of billions which could have perhaps been better spent giving relief to depositors.

When you have whole industries built around pumping huge amounts of credit into the economy this is what happens. People working to rent are paying others to benefit from their labour, and their income tax is being pilfered by big government. The economy is rigged to transfer wealth from those that earn to those that own – and not by free markets, but by a complete lack of them.

On a free market interest rates would regulate the housing market. If lots of people were saving but there was hardly any borrowing, interest rates would fall allowing people to borrow money cheaply. If lots of people were borrowing but hardly any saving the interest rates would go up, encouraging more people to take advantage of a high return on the deferral of gratification. Some form of equilibrium would be reached that would fluctuate from time to time to account for changes in the economy, but remain more or less stable. However, we don’t have a free market in interest rates. They are controlled by the central bank; so there are no natural adjustments in accordance with supply and demand. Instead the central planners at The Bank of England must do a job which is only fit to achieved by the combined choices of every borrower and lender in the entire economy – arrive at the best interest rate. By guessing.

Not only do they have to guess, but they can’t be impartial. Any choice they make must have winners and losers. Certain losers are more powerful, influential, or vocal than others. Some people are too dispossessed already to kick up any fuss when the Bank of England’s policies shaft them. Others don’t have the education to even realise they are being shafted. Others have been indoctrinated to blame “the free market” whenever something goes wrong in the financial sector, and would not even be able to trace the consequences of these policies back to the public-private partnership of central banks. In other words, the decision of the central bank will be highly partisan – driven by what they can get away with rather than what is just to borrowers and savers.

Our nation has not been particularly unique in this respect, as house prices have soared all over the western world over the last fifty years. But this house of cards is unsustainable. As Britain builds less than half of the 240,000 flats that would be required to meet the rise in demand every year it’s only a matter of time before the pitchforks come out.

That is, unless we can find someone brave enough to give the speech that leads this article.

Is spokesman for The Scottish Libertarian Party on economics and environment, and a member of their constitutional committee. He hosts The Scottish Liberty Podcast weekly, along with co-host Tom Laird. You can find his other writings at www.seeingnotseen.blogspot.com

Many thanks to Dominic Frisby, author of Life After The State for videos such as this one.

Thanks also to The School of Life for this video which I sourced a couple of my figures form.