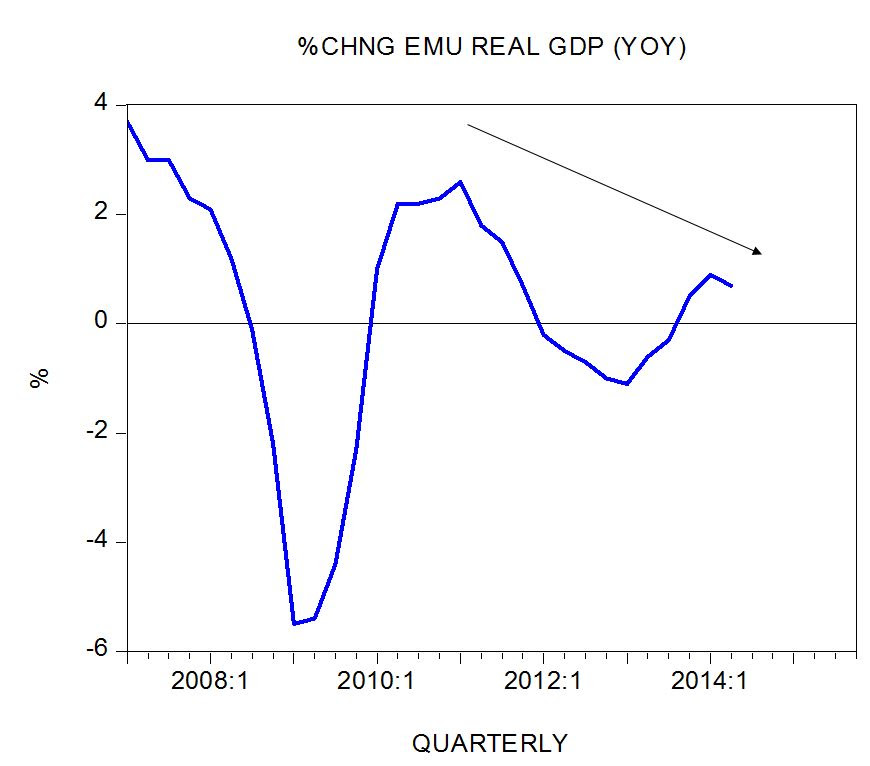 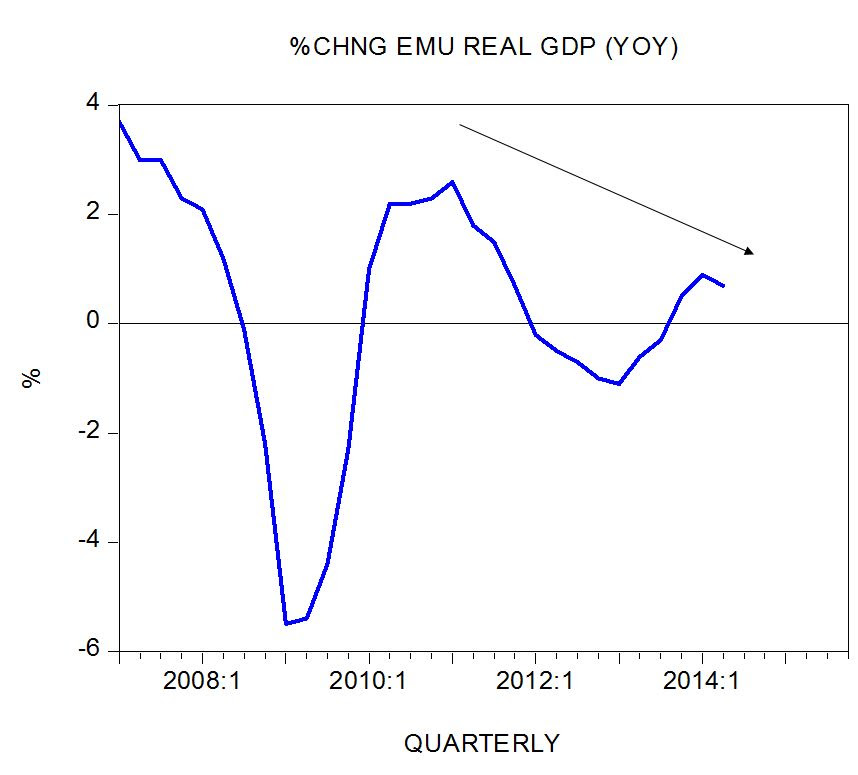 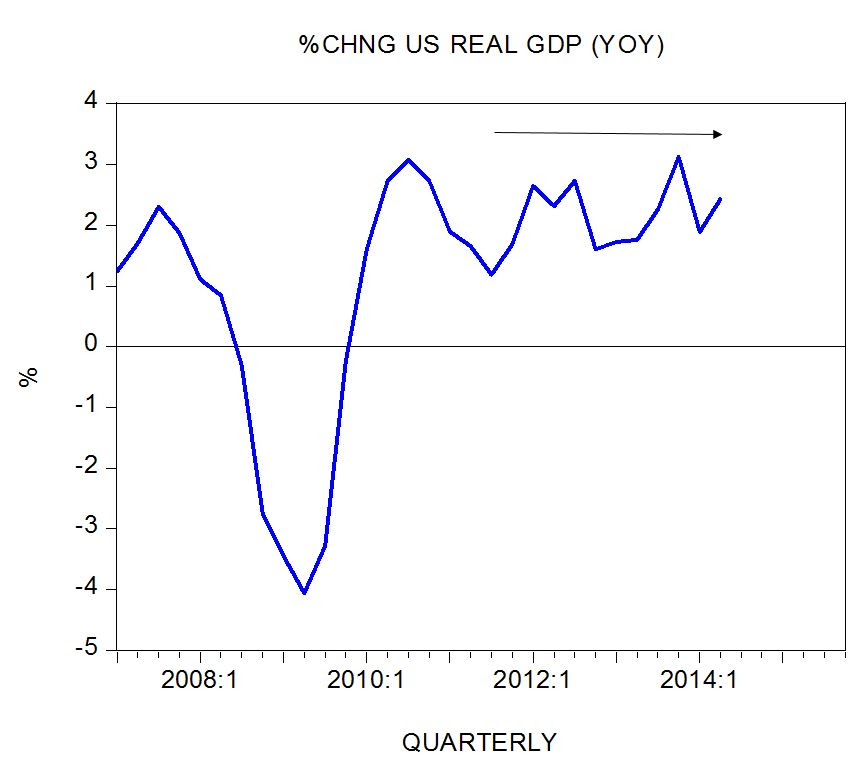 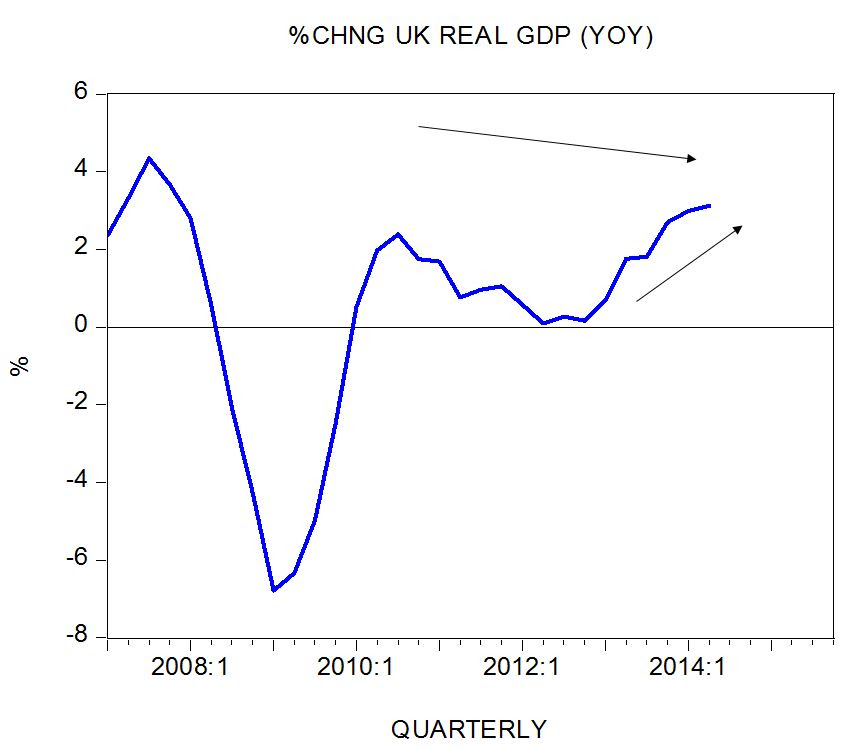 In addition to still subdued economic activity most central bankers are concerned with the weakness of workers earnings.

Some of them are puzzled that despite injecting trillions of dollars into the financial system so little of it is showing up in workers earnings?

After all, it is held, the higher earnings are the more consumers can spend and consequently, the stronger the economic growth is going to be, so it is held.

The yearly rate of growth of US average hourly earnings stood at 2% in July against 3.9% in June 2007.

In the UK the yearly rate of growth of average weekly earnings fell to 0.7% in June this year from 5% in August 2007. 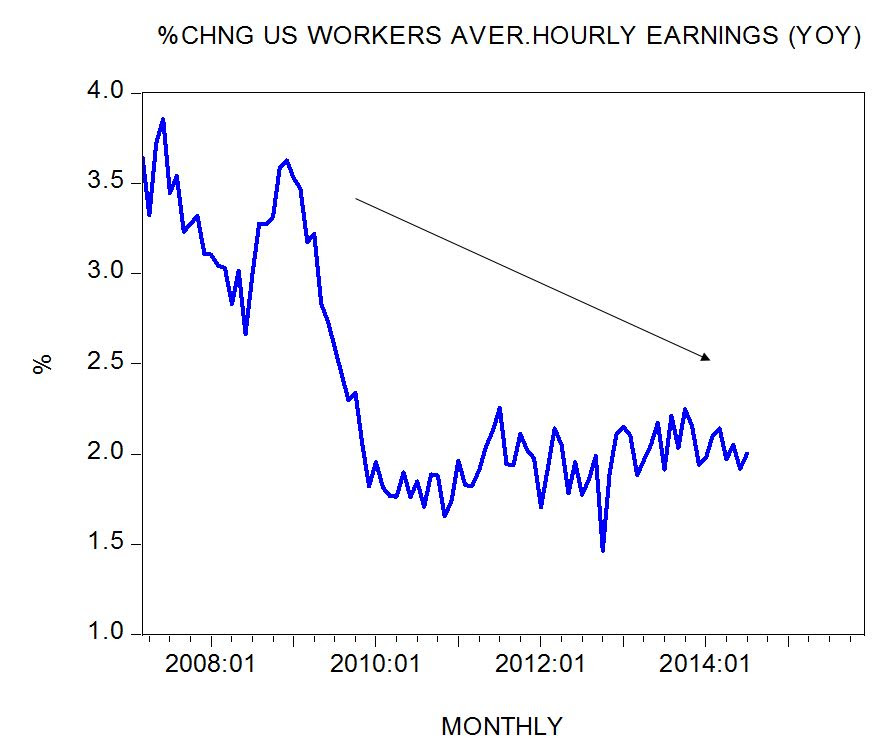 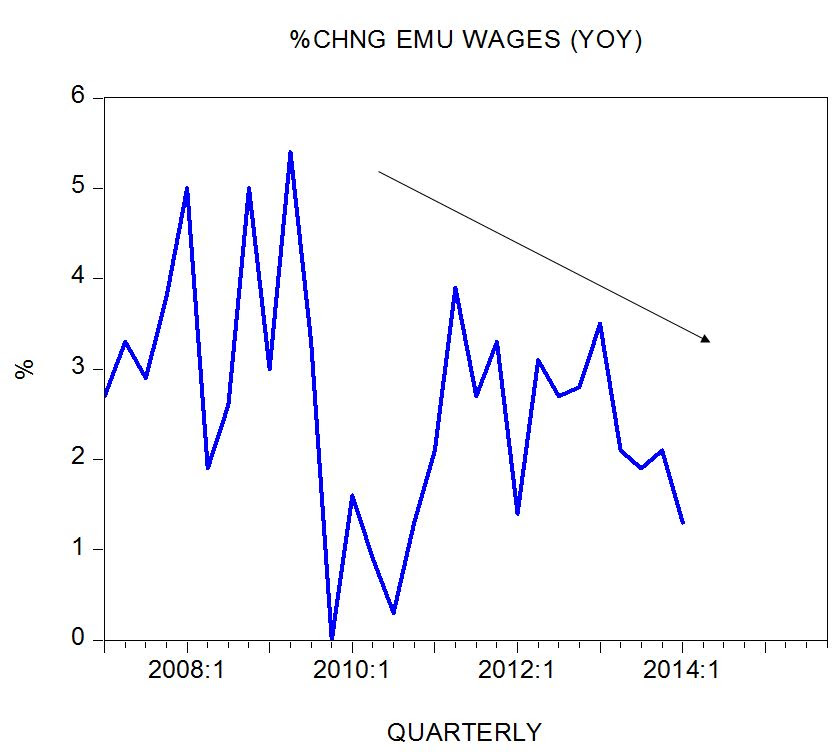 According to the Vice Chairman of the US Federal Reserve Stanley Fischer the US and global recoveries have been “disappointing” so far and may point to a permanent downshift in economic potential. Fisher has suggested that a slowing productivity could be an important factor behind all this.

That a fall in the productivity of workers could be an important factor is a good beginning in trying to establish what is really happening. It is however, just the identification of a symptom – it is not the cause of the problem.

Now, higher wages are possible if workers’ contribution to the generation of real wealth is expanding. The more a particular worker generates as far as real wealth is concerned the more he/she can demand in terms of wages.

An important factor that permits a worker to lift productivity is the magnitude and the quality of the infrastructure that is available to him. With better tools and machinery more output per hour can be generated and hence higher wages can be paid.

It is by allocating a larger slice out of a given pool of real wealth towards the buildup and the enhancement of the infrastructure that more capital goods per worker emerges (more tools and machinery per worker) and this sets the platform for higher worker productivity and hence to an expansion in real wealth and thus lifts prospects for higher wages. (With better infrastructure workers can now produce more goods and services).

The key factors that undermine the expansion in the capital goods per worker are an ever expanding government and loose monetary policies of the central bank. According to the popular view, what drives the economy is the demand for goods and services.

If, for whatever reasons, insufficient demand emerges it is the role of the government and the central bank to strengthen the demand to keep the economy going, so it is held. There is, however, no independent category such as demand that drives an economy. Every demand must be funded by a previous production of wealth. By producing something useful to other individuals an individual can exercise a demand for other useful goods.

Any policy, which artificially boosts demand, leads to consumption that is not backed up by a previous production of wealth. For instance, monetary pumping that is supposedly aimed at lifting the economy in fact generates activities that cannot support themselves. This means that their existence is only possible by diverting real wealth from wealth generators.

Printing presses set in motion an exchange of nothing for something. Note that a monetary pumping sets a platform for various non-productive or bubble activities – instead of wealth being used to fund the expansion of a wealth generating infrastructure, the monetary pumping channels wealth towards wealth squandering activities.

This means that monetary pumping leads to the squandering of real wealth. Similarly a policy of artificially lowering interest rates in order to boost demand in fact provides support for various non-productive activities that in a free market environment would never emerge.

We suggest that the longer central banks world wide persist with their loose monetary policies the greater the risk of severely damaging the wealth generating process is. This in turn raises the likelihood of a prolonged stagnation.

All this however, can be reversed by shrinking the size of the government and by the closure of all the loopholes of the monetary expansion. Obviously a tighter fiscal and monetary stance is going to hurt various non-productive activities.