The Fed hiked interest rates for the second time this year, in a widely expected move on Wednesday June 14. The Federal Reserve’s Open Market Committee raised their benchmark interest rate by 25 basis points to a range of 1% to 1.25%. 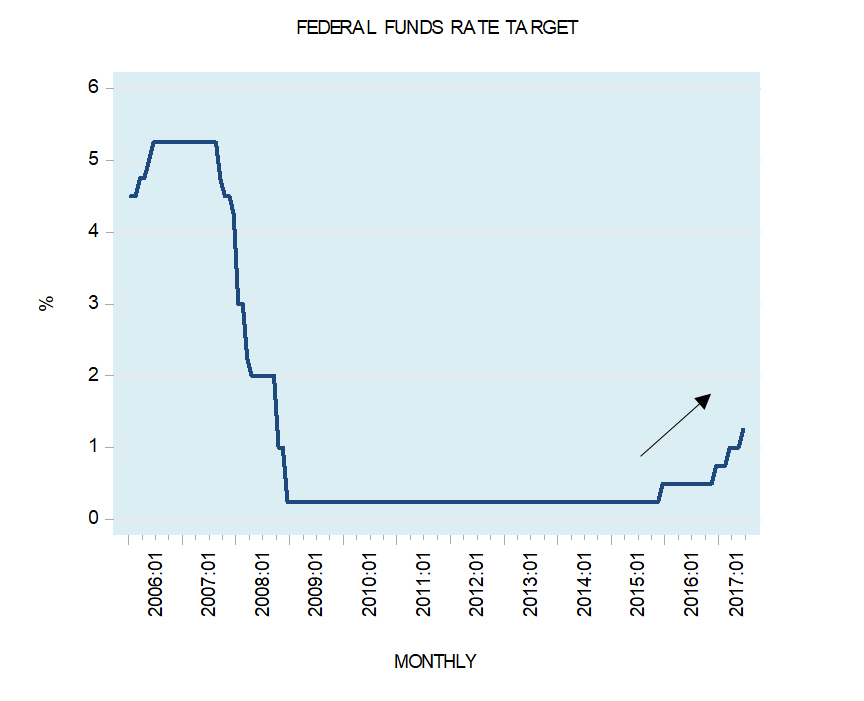 We suggest that a visible downtrend (since the end of 2011) in the underlying growth momentum of our monetary measure (AMS) raises the likelihood that US economic activity will weaken sharply in the months to come.

Our large-scale MENGER model, which is driven by AMS among many other variables “supports” the possibility of a sharp economic slowdown ahead. 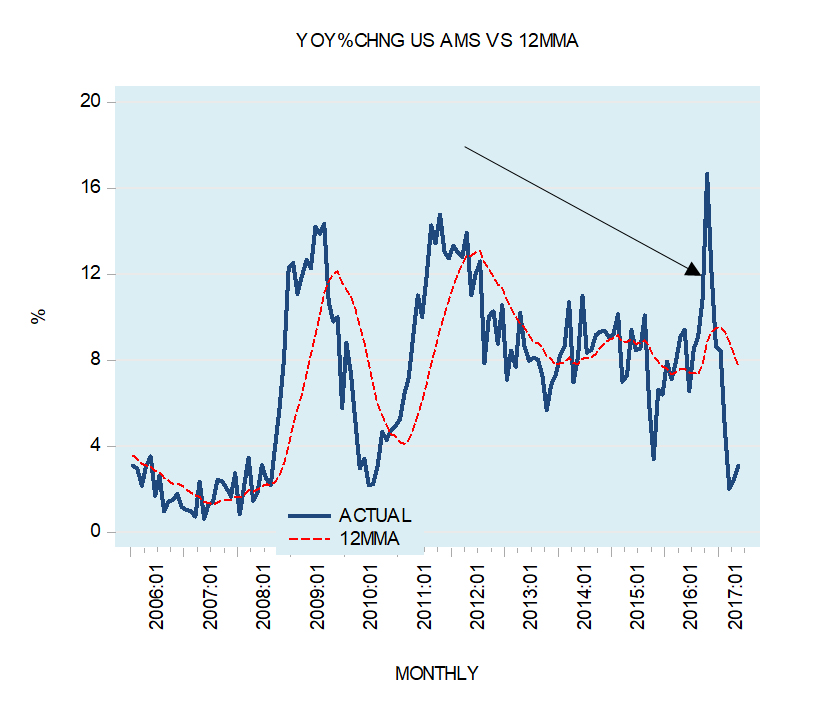 The yearly growth rate of US industrial production stood at 2.2% in May against 2.1% in the month before. Following our model, we forecast the yearly growth rate to close at 1% by December before declining to minus 1.5% in December next year. By December 2019, we forecast a figure of minus 2.2%. Note that the Federal Reserve Bank of Philadelphia manufacturing index fell to 27.6 in June from 38.8 in May. 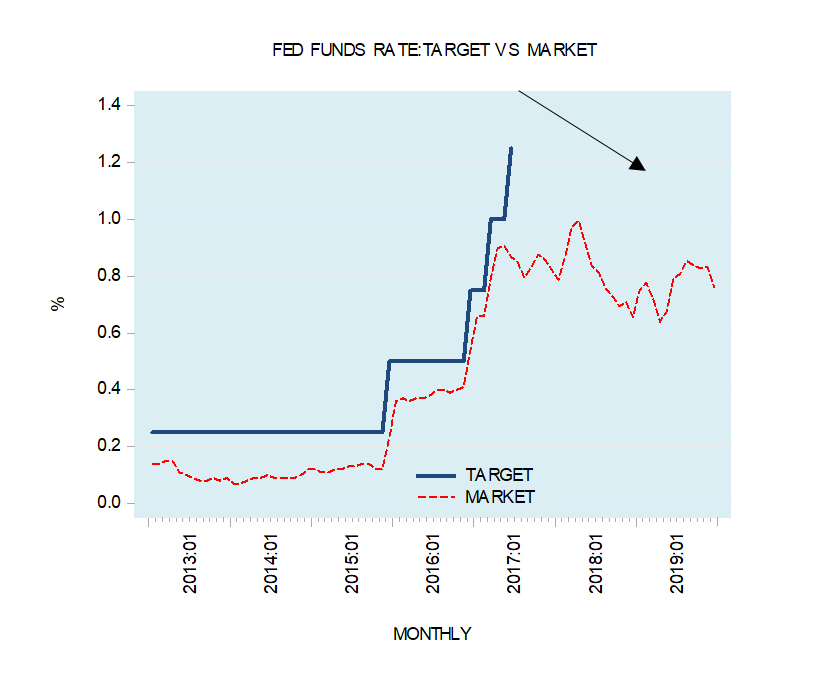 We hold that economic activity is likely to come under further pressure if the Fed were to start reducing its balance sheet from the present level of around $4.5 trillion to slightly above $1 trillion by the end of 2019. 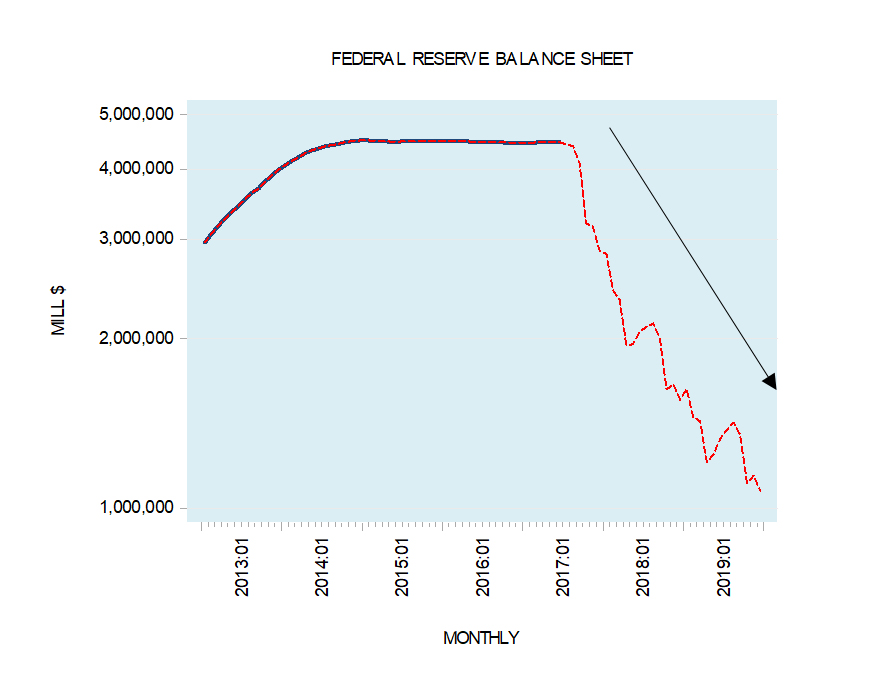 Using our model, we suggest that the yearly growth rate of US real GDP is likely to fall to around 0% by December 2018 against 0.6% in the baseline scenario i.e. a scenario of no trimming in the Fed’s balance sheet. By the December 2019, the growth rate is forecast to fall to minus 1.1% against minus 0.2% in the baseline scenario. Clearly then, in the framework of our model a trimming of the Fed’s balance sheet is going to undermine further the pace of economic activity. 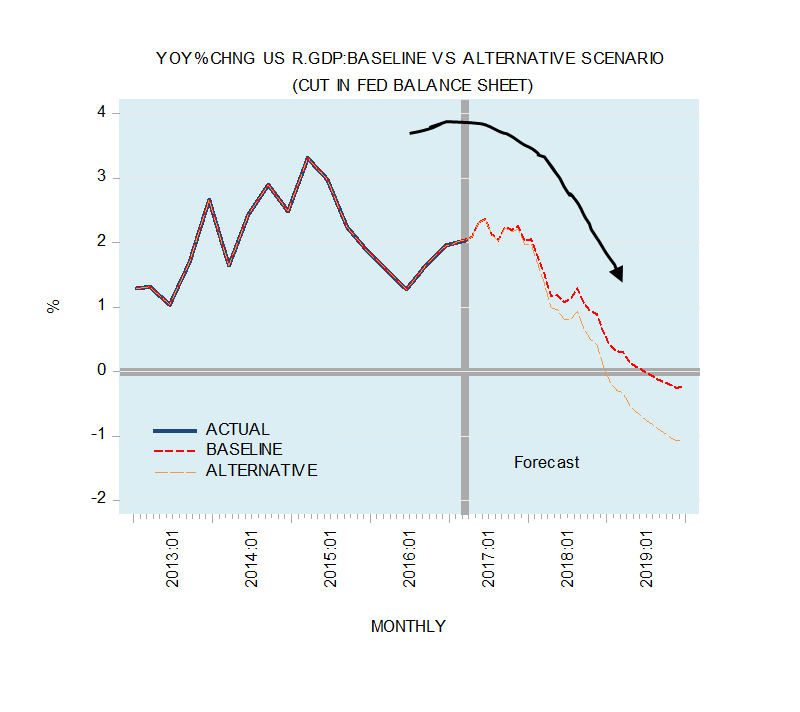 We suggest that the US President Trump’s plan of lowering personal and corporate taxes is likely to soften the emerging economic slowdown. We have employed our model to examine the effect of trimming the Fed’s balance sheet and the lowering of taxes. The lowering of personal tax rate to 25% from 39% and the corporate tax rate from 39% to 15%, whilst retaining the policy of trimming the Fed’s balance sheet, is forecast to result in the yearly growth rate of real GDP at 1.2% by December 2018 against 0.6% in the baseline scenario. By December 2019, we forecast a figure of 1% against minus 0.2% in the baseline scenario. 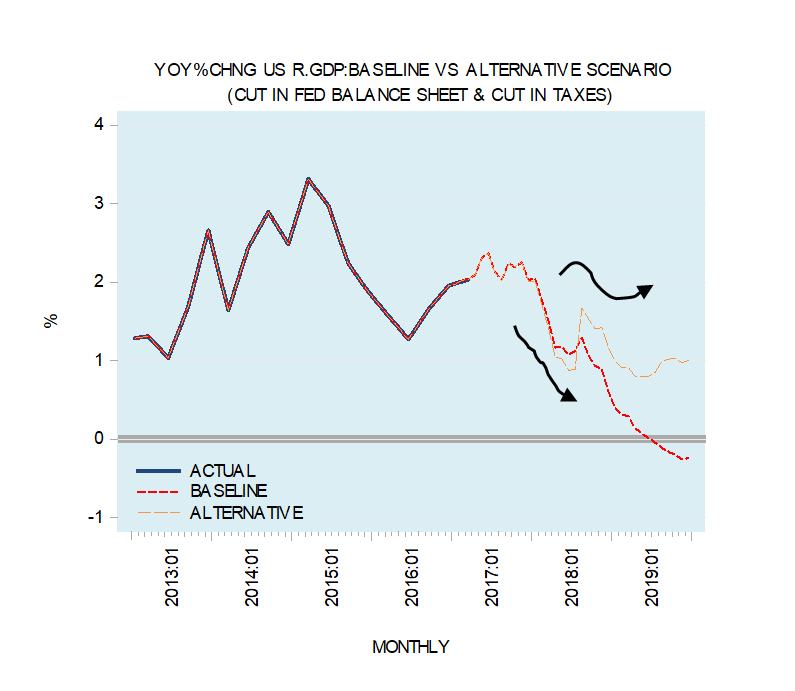 Against the baseline scenario the performance of the S&P500 shows improvement whilst the downtrend in the yields on the 10 year T-Note stays intact also in this scenario (see chart).

Because of a visible downtrend in the underlying growth momentum of the US money supply, economic activity in the US is likely to weaken sharply in the months to come in particular during 2018 and 2019. The downturn is likely to intensify should the Fed embark on the balance sheet reduction plan. Our analysis, using our large-scale model, shows that the implementation of the US President Trump tax reduction plan could mitigate the negatives to economic activity.

0 replies on “ECOFLASH: Economy may force the Fed to reverse its interest rate stance”