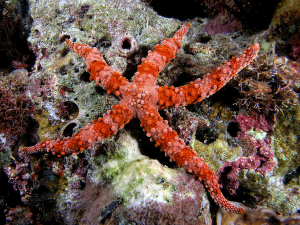 Mr Beltrão, entrepreneur and founder of Instituto Mises Brasil, speaks at the Ludwig von Mises Institute in Auburn, Alabama, at the Austrian Scholars Conference, as recorded on the 10th of March, 2011.

“Brazil is an island of initiative surrounded by government.”

He discusses how government organisations are centralised like spiders, because although diversified with many legs, they are incapable of surviving when the head of the spider is cut off. However, if some species of starfish are cut into five parts, five separate independent creatures will emerge, because they are decentralised, and share only a nerve ring, which can exist in five pieces, if separated.

He likens the spread of Austrianism to a starfish, with a nerve ring of true economics, because as it spreads into separate entities, like the Instituto Mises Brasil, or the Cobden Centre, or many of the other independent centres of Austrianism away from the American mother ship, then it becomes more resilient and more successful, as it spreads.

“What we need is a great team of great people working together.”

He spreads this argument in many directions — including how it applies to the future of Austrianism, the history of Brazil, the battle of ideas, the success of entrepreneurship, and the failure of government — in one of my favourite Auburn lectures of recent times.

The rest (and there’s much more, including a great line about Charlie Sheen), I’ll leave to Mr Beltrão in his own words…

[By the way, nobody gets any points for spotting Toby Baxendale in the front row at 44:00 minutes.]
Tags from the story
Austrian Scholars Conference, Helio Beltrão
Facebook Twitter Pinterest
LinkedIn Email

Written By
Andy Duncan
More from Andy Duncan
Under the EU’s Markets in Financial Instruments Directive, the EU allowed the...
Read More