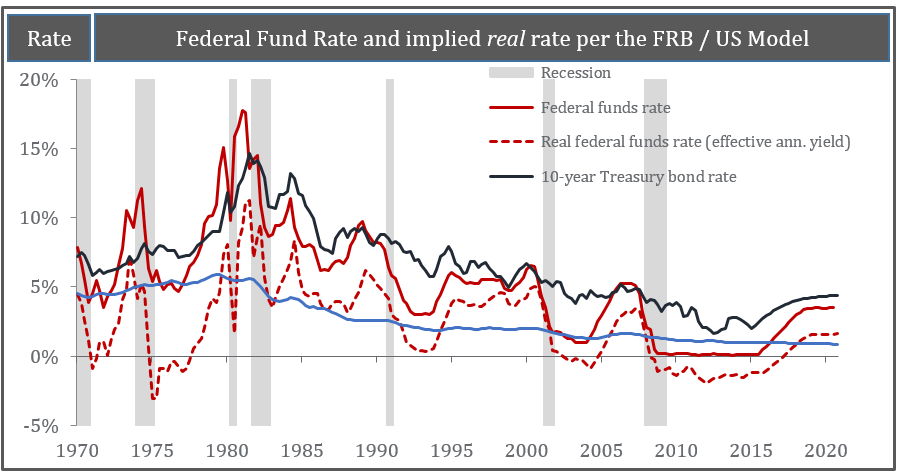 We have argued for a long time that 2016 will probably be a year of recession in the US and the Federal Reserve’s intent on raising rates will only help expedite it. We believe the current rate cycle will be short lived as the Federal Reserve is constrained by the heavy debt load weighing on the US economy. Or more specifically, the large share of unproductive and counterproductive debt that drain the US economy for resources. 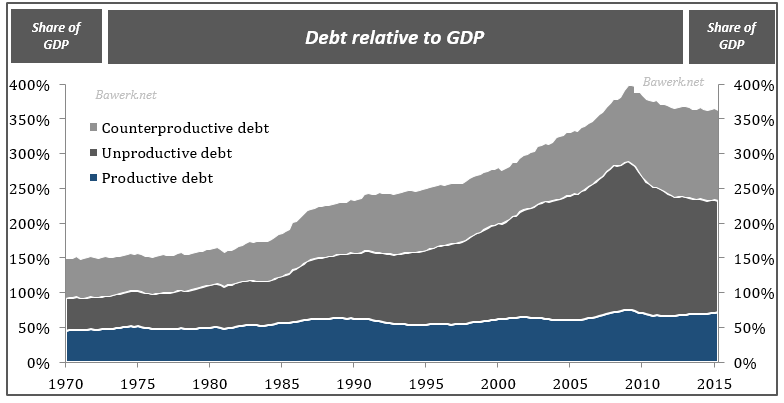 Since most added debt in the US economy, or the world for that matter, is consumptive in nature it adds nothing to the capital base and must therefore be repaid from legacy asset which were once put into productive usage. However, as the non-productive share increases relatively to the productive part, the system naturally comes under strain and will eventually reach debt saturation through capital consumption.

This process can be seen through different metrics, such as the fact that it takes ever more debt to “create” an extra unit of GDP, or the falling velocity of money; as more money get diverted toward unproductive debt servicing, less will be available for productive investments. That in turn, duly lowers GDP growth. Stated differently, lower velocity of money suggest the economy has reached debt saturation. If that’s the case, monetary policy becomes impotent. True; central bank balance sheet expansion may create the illusion that it isn’t, but that’s only because it helps to maintain funding for unproductive debt, which otherwise would be liquidated. This can only go on for so long though as avoiding consequences of reality is never a long term solution.

The fact that US money velocity has dropped to 1930s depression levels is indicative of how skewed, or mal-invested, the US capital structure has become; only liquidation of debt that cannot fund itself will cure this. 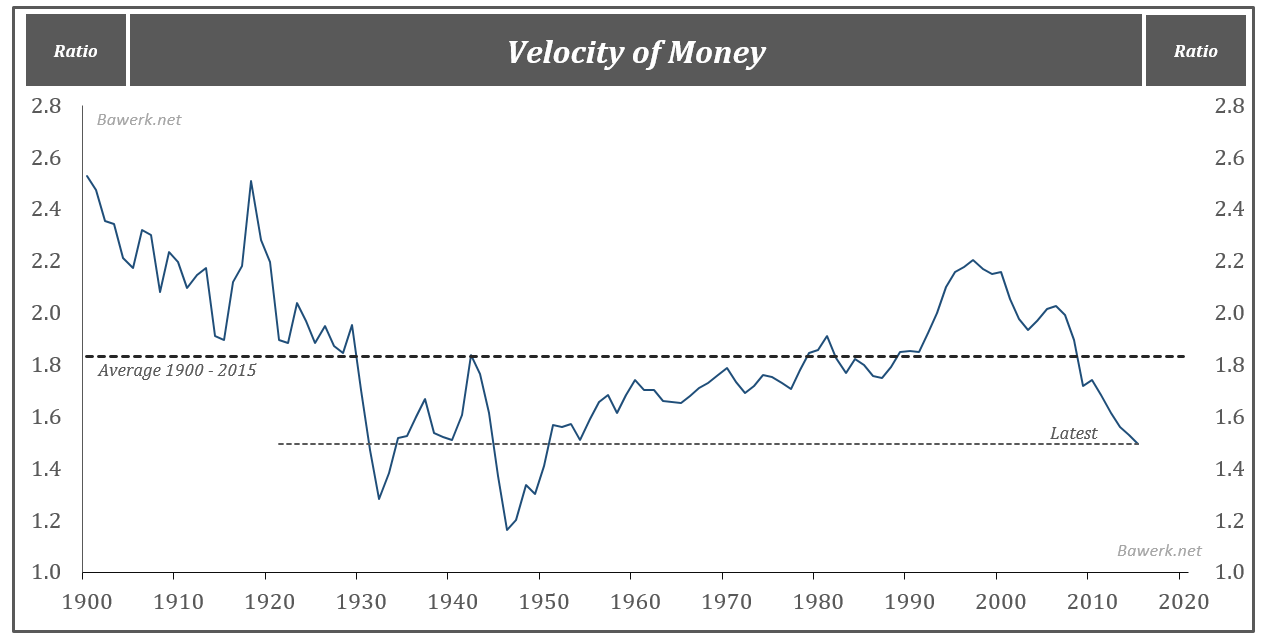 Several central banks across the globe have tried to escape from this predicament by raising rates without prior debt liquidation. They all had to reverse course as debt saturated economies cannot cope with higher rates without a proper clean up. Refusing to acknowledge, or failing to grasp, that unproductive debt cannot be funded forever, higher interest rates quickly diverted too much resources away from sustainable economic activity,  putting pressure on growth and thus forcing central banks to cut rates soon after they tried to raise them. When the pool of real savings are not there to support the economic structure, all monetary policy can do is to temporary sustain the unsustainable. However, as times goes by, and capital consumption continues, economic stagnation occurs even at ZIRP, NIRP and QE as all these tools can do is to redistribute capital. 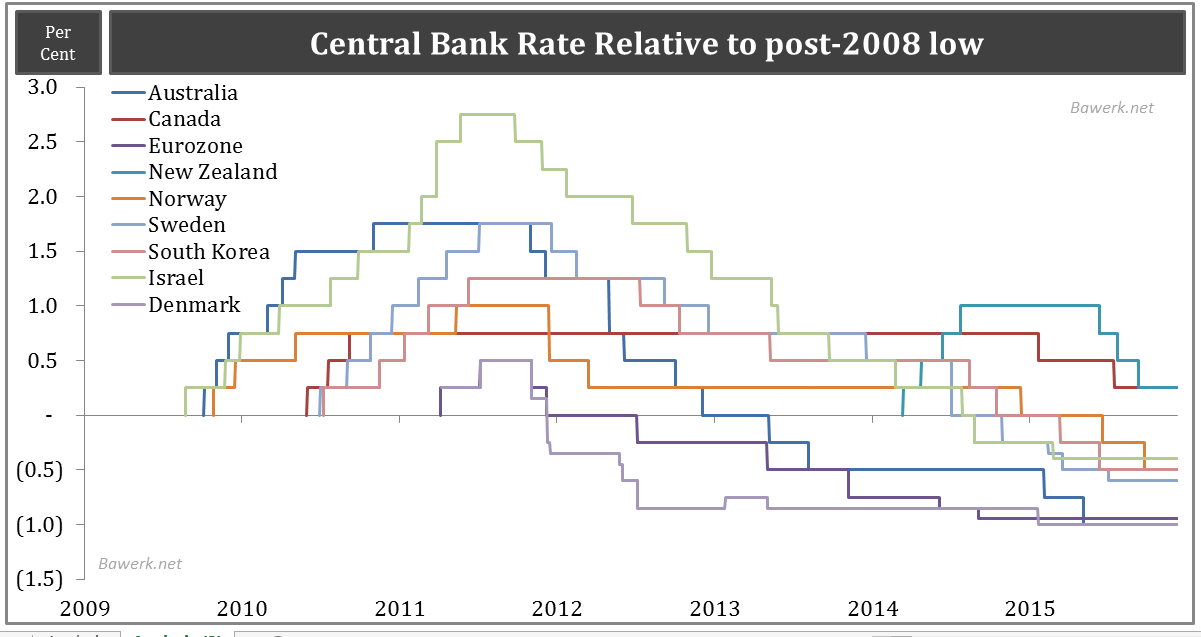 As the Fed will now embark on the same journey, attempting to raise rates, we should expect the same dynamics to follow suit. Increasing the cost of maintaining unproductive debt will pressure the pool of real savings which in turn will push the economy toward recession. With such a fragile starting point, we are confident the Fed cycle will be short lived.

Recognizing that nominal GDP amounts to total money income, we can heuristically say that no more than 100 per cent of nominal GDP growth can go to debt servicing over the longer term without facing difficulties. In other words, the “sustainable” average rate of interest is equal to

With (unproductive) debt increasing, and nominal GDP growth consequently decreasing, it’s natural that the sustainable rate of interest is falling. We solved the abovementioned equation to get an idea of the tolerance level over time. As the next chart shows, the sustainable average rate of interest is currently below one per cent, while the effective Federal Funds rate is expected to move to 1.25 per cent in twelve months (per the FRB /US Model). Assuming some bearish flattening of the yield curve, the ten year treasury yield will be around 3.5 per cent by next year in this scenario. The only way this can be sustainable is for dollar holders to lose faith in the currency, creating enough velocity and hence inflation to push nominal GDP growth materially higher as they dump their dollar balances on the market. Needless to say, that would create a whole new world of pain in itself. 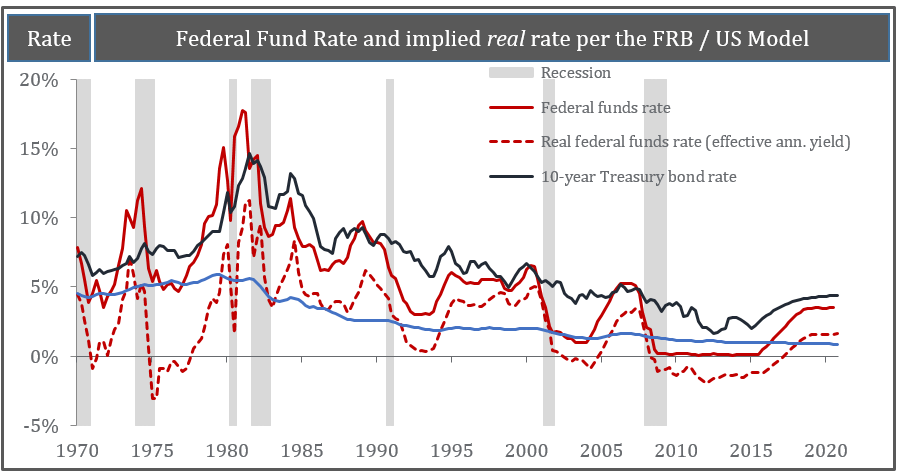 The short of it, as soon as the Fed moves money market rates upwards, unproductive parts of the economy will come under severe strain which in turn sets in motion recessionary forces prompting the Fed to reverse course. The only way out is to realize that the world is awash in mal-invested capital that need to be written off. Since that is inconceivable for today’s vested interests, the way forward will be further “Japanification” of the global economy. And this time we are all out of arrows.

Written By
Other Writer
More from Other Writer
by Prof. Elisabeth Krecke In the coming weeks, the European Central Bank (ECB)...
Read More