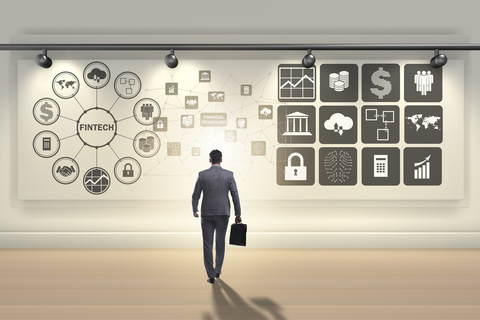 In the February 2018 issue, Forbes Magazine published their annual Fintech 50, a list of the top fifty companies most expected to disrupt the financial industry. Every year, I and my friends pore over the list and usually find one or two companies that offer something we want. Fintech is a portmanteau of the words “finance” and “technology,” and at it expresses the idea that the changes wrought by the Internet have brought high finance within reach of those formerly excluded due to either lack of adequate funds or geographic isolation. It is egalitarian capitalism since the computers don’t care who and what you and your connections are.

Generally speaking, Fintech is also the socio-cultural domain of the Millennials and Generation Z (those born after 2005) as they are the most comfortable with the heavy reliance on computers and mobile devices. There is one additional component that the younger generations accept that older generations might find uncomfortable: absolute personal responsibility is a hallmark of the Fintech sphere. Traditional financial advisors are dispensed with in the Fintech world, which places the onus of research and decision making upon the customer. At best, there might be a robo-advisor, a computer that analyzes past market trends and makes recommendations, but there is no human advisor in the same sense as the main street financial firms used by the Baby Boomers and Generation X.

Much of the rhetoric around the development of Fintech is predicated on catering to a demographic that has been left out of traditional ways of wealth building through high fees and large minimum deposits. Incidentally, it is worth noting the difference in social outrage in that no one is fussing that financial advisors are being replaced by robots, even as the (exaggerated) replacement of blue-collar jobs by robots is a headline-grabbing trope on an almost weekly basis. Clearly, who is and is not left out is a movable social construct on the part of the media and social justice warriors.

The related rise of cryptocurrencies and the rhetoric surrounding it is a symptom of a growing resentment of financial technology within certain segments of the population. BBC Capital republished an article by two professors of economics who inveighed against cryptocurrencies and then associated them with “technological colonialism” and libertarian ideals, before branding them a vehicle for “hyper capitalism.” As a contextual note, the article specifically targeted the plans of a libertarian group of techie businessmen to move their operations to Puerto Rico and introduce the impoverished local population to Fintech, while also providing potential employment.

At its core, the screed, there is no other word for such a vitriolic, unsubstantiated piece, is about the feeling of fear: fear that Fintech in all its forms has demystified a fiefdom of the elite and therefore has the potential to de-vilify capitalism. Under the guise of sheltering the deprived Puerto Ricans from knowledge that they might find painful, the two authors launched an ad hominem attack on the men, without even considering the validity of their ideas:

Back on Sol [the business hub’s new campus], the wealthy crypto expats want to use the blockchain system for decentralised elections and even to issue citizenship ID. But we doubt that locals who are fighting poverty will be enthused by these ideas.

This behaviour reeks of disaster capitalism – the use of a natural or economic crisis to reshape and mould a society into one which entrenches a libertarian, hypercapitalistic worldview. When you are without power for months and feel ignored, any offer of help can seem a good lifeline with little thought for the consequences.

There is no doubt that from a classical liberal perspective, even from a common sense one, decentralized elections and computer issued IDs are good for the social fabric since there would be inherently less room for corruption (a problem in Puerto Rico) and fraud. Yet the authors of the article title such goals “neocolonialism,” implying that the businessmen evilly want to exploit the natives, by ending corruption. The phrase “neocolonialism” in the context of cryptocurrencies is a UN construct that assumes facilitation of easy exchange through technology is disparages users from underdeveloped countries – every country should have a central bank first; it is somehow important for a nation’s dignity.

More concerning, but also revealing, is the patronizing assumption that poor people are too ground down to care, or even connect, with issues regarding governance. Generally speaking, people do tend to care about governance and policies when they have to live with the results, so assuming that the poverty-stricken Puerto Ricans don’t care about public corruption because they are poor is a huge psychological error. It is, though, a willful dismissal, denigration, of the common people, and by extension of their needs.

Why shouldn’t the Puerto Ricans have access to capitalism, cryptocurrencies, and Fintech? There is no moral justification for those on the American mainland having something that is denied to those on the islands. Poverty isn’t an excuse since there are plenty of poor people on the mainland, too, but no one argues that they should be denied access to financial tools. The logical conclusion, then, must be that digitization and its consequent increased access are a threat to an established status quo.

The current economic-ideological status quo depends upon an underclass, to both feel and be told that they are left out of the riches of the upper strata. This dynamic traces its lineage in the 20th century to John Maynard Keynes and his ideas about capitalism as the cause of the Great Depression and the duty of government to intervene aggressively and paternalistically to protect the working people, who must be made completely dependent on the state in the process.

Change is scary. Anyone who has dealt with a small child knows how poorly children respond to change. The opposition of blockchain and Fintech is about on the same level of infantile understanding. There is certainly a lack of knowledge of techno-financial history in the arguments against blockchain and Fintech.

Following the collapse of communism, Estonia embraced early computer technology exactly because it would end the country’s massive problem with corruption and because it would enfranchise rural and physically isolated citizens. Combined with the implementation of free market policies, the country now number seven on the Economic Freedom Index, ahead of the United States, Canada, and all of Europe except Switzerland.

With this precedent, to oppose the development and implementation of constructive technology is to be counterproductive. Fintech has invalidated the anti-rich, lack of access narrative, not least through demystification. Blockchain holds the potential to stabilize unstable regions through lessening corruption. Consequently, they are both a threat to the status quo as they undermine the exclusionary poverty narrative. While not complete panaceas for economic and social ills, Fintech and blockchain are powerful treatments that can address some of the underlying causes.

Mary Lucia Darst was an intern at the Austrian Economics Center from January to April 2018. She graduated from Columbia University with an MA in History and Literature. In addition to working as a writer and researcher, she is an active classical musician.

Written By
Other Writer
More from Other Writer
By Hal Snarr When the economy begins to sink into recession, politicians, mainstream...
Read More