Following his recent paper The law of opposites: Illusory profits in the financial sector, TCC Advisory Board member and founder of Cobden Partners Gordon Kerr appeared on Bloomberg. The video is here. 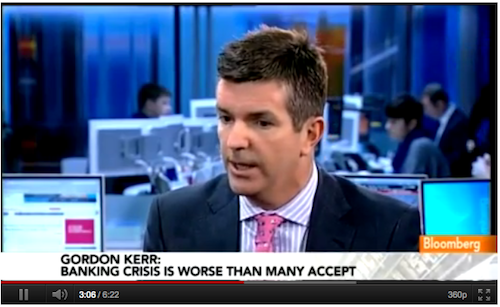 Gordon dealt with the flaws in IFRS, the reasons for the debt crisis, the case for hardening money, the need for international money in support of trade and more.

Later in the day, I said in the Commons that the Government’s response to the ICB report seemed to take accounting for granted, asking the Chancellor to consider the issue seriously in the forthcoming white paper.