Brazil is undergoing what is considered its worst economic crisis in seventy years, and there is usually no agreement when it comes to the causes of this situation. President Rousseff and the Labor Party say that it was the corollary of the “International Crisis,” a ghost of the 2008 depression created in their minds. The reality, however, is different. Since ex-president Lula Da Silva of the Labor Party entered office in 2003, the government has clung to the typical Keynesian project of growth-by-government-spending. Interest rates were lowered constantly, the amount of loans grew to an unprecedented level, savings per capita dropped, and government spending continued to grow.

For the advocates of government intervention, the country’s economy was heaven on earth. It should be of no surprise that Paul Krugman, the defender of America’s Quantitative Easing, said that Brazil was not a vulnerable country. However, those policies so strongly defended by some economists and by bureaucrats led the country toward the terrible situation in which it is now.

From the Brazilian government’s point of view, it could hardly get any worse: the country is facing an economic depression that is likely to last at least two more years, the country’s rating was downgraded to junk by Standard & Poor’s, and a corruption scandal may lead to the impeachment of the country’s president, Dilma Rousseff. We must recognize, however, that even though this was the result of the government’s action, it simply put in practice the most prevalent ideologies of the country, which is a mixture of Marxism in politics and in the universities with Keynesianism in economics. This national ideology praises, in general, a complete dependence of the people on the government. The fact that “Brazil’s tax burden already amounts to 36 per cent of GDP” is held with pride by professors and economists throughout the country, who spread the word that public policies will create jobs and contribute to people’s welfare.

In order to grasp what is happening to Brazil, and to understand why some economists have long ago predicted the current disaster, it is crucial to understand Austrian business cycle theory, since it yields a concrete critique of government’s involvement with currency and credit expansion — two factors that the Brazilian government used as tools for economic growth — and its misuse is what generated the crisis.

As Mises pointed out, “the cyclical fluctuations of business are not an occurrence originating in the sphere of the unhampered market, but a product of government interference with business.”

Indeed, those “boom-bust” cycles, as the one that happened in Brazil, are generated by monetary interventionin the market in the form of bank credit expansion. Thus, they are an outcome of central planning and government intervention, the very opposite of a free market.

It is, however, important to make the distinction between bank credit expansion in the form of loans to business and other forms of credit expansion. The former is usually a method that government uses to boost the economy of the country, lowering the interest rates “below the height at which the free market would have fixed it,” and this is why it is so important in our analysis.

On the graph below we can see the absurd rise in the amount of loans (given in millions of reais, the Brazilian currency) made to businesses, especially since 2006 (and reinforced from 2008 on, as a way to “fight” the international crisis) when the government tried to generate an unsustainable boom. (The red line represents the loans given by public banks and the blue line the loans given by private banks.) 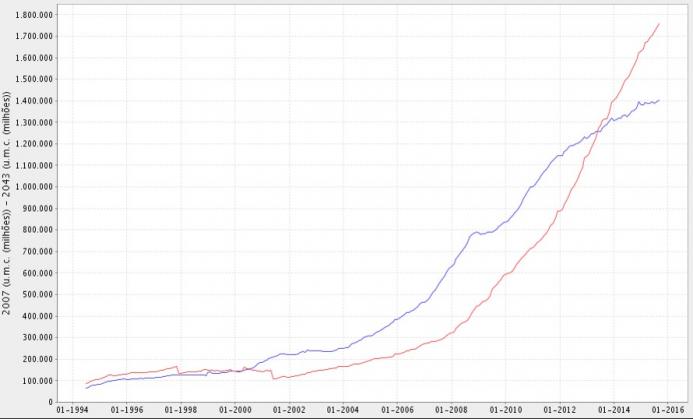 Figure 1. Amount of Credit Lent to Business in Brazil Over Time

This new type of credit that would not be available without the interference of the government generating the so-called “boom.” This boom caused businessmen to, as described by Rothbard in America’s Great Depression, “take their newly acquired funds and bid up the prices of capital and other producers’ goods, and this stimulate[d] a shift of investment from the ‘lower’ (near the consumer) to the ‘higher’ orders of production (furthest from the consumer) — from consumer goods to capital goods industries.” 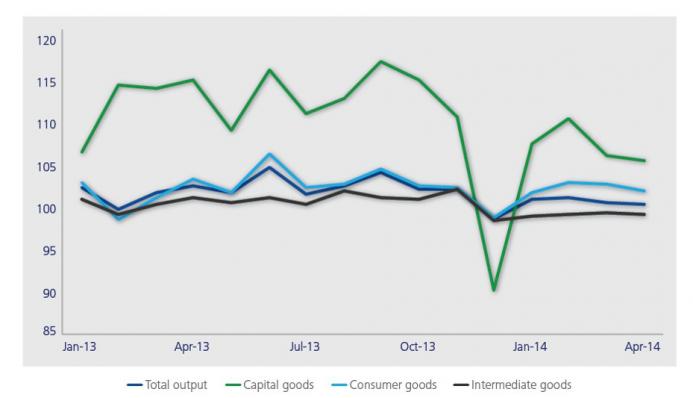 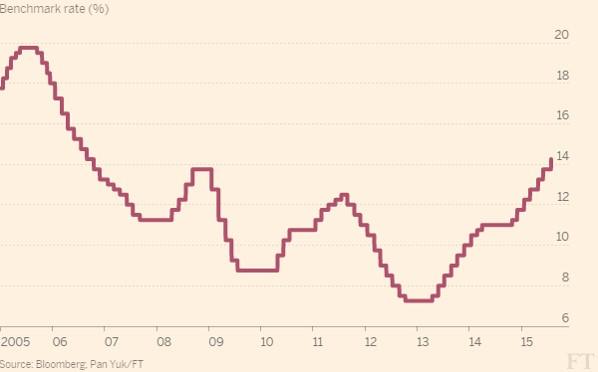 businessmen were misled by bank credit inflation to invest too much in higher-order capital goods, which could only be prosperously sustained through lower time preferences and greater savings and investment; as soon as the inflation permeates to the mass of the people, the old consumption — investment proportion is reestablished, and business investments in the higher orders are seen to have been wasteful. Businessmen were led to this error by the credit expansion and its tampering with the free-market rate of interest.

As observed by Mises in his essay “Middle-of-the-Road Policy Leads to Socialism,” we must pay attention to the fact that “the attempts to lower interest rates by credit expansion generate, it is true, a period of booming business,” which in Brazil’s case occurred mostly between 2006 and 2013. “But the prosperity thus created is only an artificial hot-house product and must inexorably lead to the slump and to the depression. People must pay heavily for the easy-money orgy of a few years of credit expansion and inflation.” The depression that is currently happening in the country is, therefore, not an evil that should be fought against with more and more government policies. The depression is the cure.

As we have seen, most of what the Austrian business cycle theory described can be well applied to Brazil. It is important to admit that other factors also played important roles, such as the price of the dollar relative to the real and the slowdown of China’s demand on Brazilian commodities, but most of them were usually, and to some extent, only a consequence of the policies that we have already analyzed. The bottom line is that the country went through a major credit and money supply expansion, together with years of low interest rates. It is crucial to note that, contrary to other explanations, “Mises’s theory of the trade cycle … meshes closely with a general theory of the economic system. The Mises theory is, in fact, the economic analysis of the necessary consequences of intervention in the free market by bank credit expansion.”

Consequently, we can see how Brazil’s current crisis is nothing but an outcome of government’s meddling with the market. The scenario of the country’s economy is indeed scary, but we have reason to believe that Brazil’s intellectual situation is going through a new and promising change. It may be true, as Lord Keynes said, that “in the long run we are all dead,” but if we are to get out of this terrible crisis, to prosper and to enjoy a constant improvement in our standard of living, “it is high time to transform the country’s state capitalism into a free market system.”

I have to admit that I derive some pleasure in taking on hoary old myths. For example, some economists assert that the interest rate…