On January 15th 2015 the Swiss National Bank (SNB) has announced an end to its three year old cap of 1.20 franc per euro. (The SNB introduced the cap in September 2011). The SNB has also reduced its policy interest rate to minus 0.75% from minus 0.25%. The Swiss franc appreciated as much as 41% to 0.8517 per euro following the announcement, the strongest level on record – it settled during the day at around 0.98 per euro. 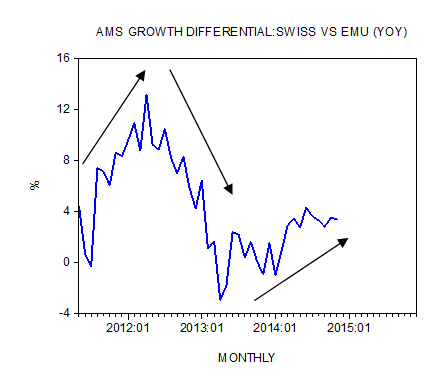 Also, observe that by introducing the cap and then removing it the SNB, contrary to its own intentions, has severely shocked various activities such as exports. Note that the SNB is supposedly meant to generate a stable economic environment.